Ability to see only "downloaded roasts"

Hey @mcaillio - sorry another one, in RT could we have the filtering of “downloaded roasts” only show that if selected? Right now when I select that option 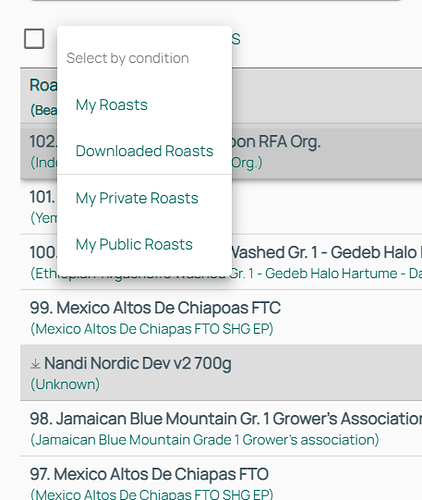 it only “emphasizes” it via the check box as opposed to it behaving like an actual filter and showing me the saved roasts: 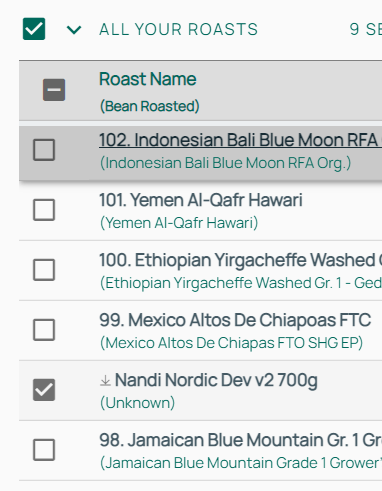 At last in RW there is a separate tab which is useful so something similar in RT would be great if we want to use one of the saved roasts to either overlay or create a recipe or to analyze.

This functionality is currently available under the filters > downloads option. You can find it here:

The functionality in your original comment should be used if you’d like to do batch updates to downloaded roasts or your original roasts.

@derrxb thanks for your reply but I’m going to need to check on RT if your response is actually the solution . In RT it was called “downloaded roasts” but in RW it is called “saved roasts” (which, TBH, I find very confusing when the semantics between the two is not the same).

I’m not looking to do batch updates of any sort. I’m only asking for a way to filter in RT to only see roast profiles from others that I had saved. I’ll revert later if we’re talking about the same thing since RT is on another laptop