I have not noticed this.

I personally have never had this happen. I can only imagine this happening with either a large amount of coffee, or a very fast drum speed - what quantity are you roasting, and are you adjusting your drum speed at all?

Huh - 600g is well under 1kg and d9 is the default/same as mine. I’m stumped as to how beans could get up in your IBTS. You’re right that 7,000 rpm is on the slow side, but I don’t think the purpose of the fan is to blow beans away (I could be wrong, though!) but rather smoke & steam.

How large was the coffee seed?

No, not a bean. Maybe a piece of chaff once. Same effect probably. Awfully hard to get a bean in there, but… ??

This is one of your roasts. Is this what you’re referring to? If it is, it certainly looks like something got stuck in the view port of the IBTS. 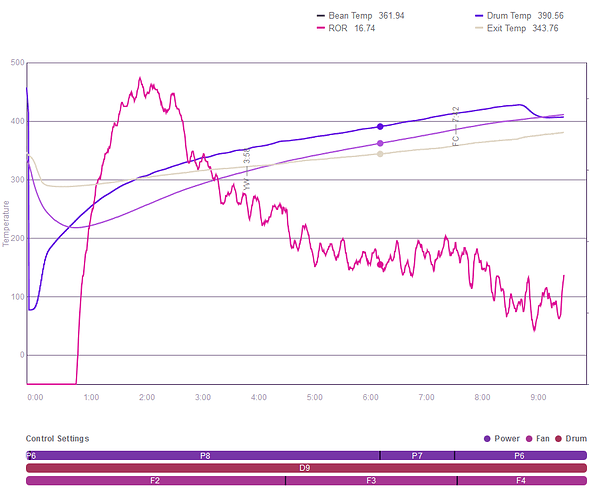