Hi all. I am setting up some ventilation for my unit and was thinking about the airflow from the cooling tray to the main duct. Similar setup as I have seen here, where there is a Y splitter. Do you all recommend a “blast gate” on the cooling tray line? I was thinking of shutting the line until I dump the beans. In this way the fan would only draw from the drum during the roast, but draw from both lines during cooling. Similar to the photo here. 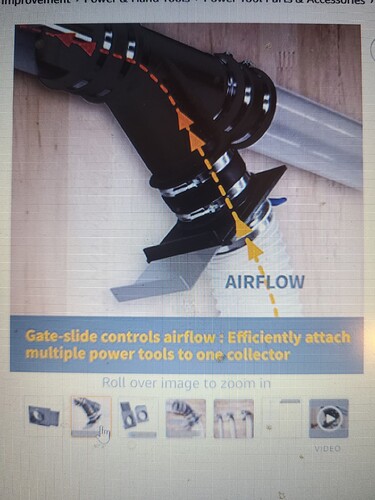 i attached a blast gate to the cart for the cooling exhaust prior to the “Y” connector. If you don’t block the airflow somewhere then you just have to learn to manage the extractor fan as it will also be trying to suck air from the cooling part of the setup. It takes a little bit of getting used to but once you get the workflow sorted it’s pretty easy to vent so there’s little to no smoke other than when you drop the beans into the cooling tray. Note, if you only have one blast gate then you have some interesting airflow scenarios for back to back roasts but again, once you figure out the workflow it becomes second nature. hope this helps

Same as @redroaster - infinity inline does both for me, no gates to fiddle with - I’ve got enough going on already…