Ok here is my latest attempt to do 1kg.

Here is a video of me talking about this issue, and here is a picture of the end result. 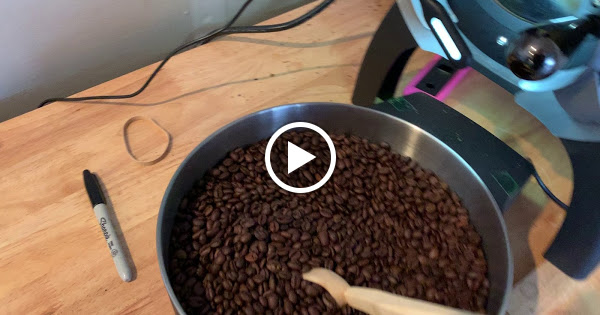 You can see that I was able to get to 1c at about 9 minutes in but it was on full power with the lowest fan and the rate of rise started to increase again as I got close to 1c. It seems that I’d have to lower the power or increase the fan more to get the declining RoR and that would push 1c to maybe 10:30 or 11:00 minutes. Preheat was the highest you can do (305c I think)

You can see previous attempts below.

What preheat temp are you using for the Drum?

I’ve done a couple of 860gm batches in my Bullet and definitely had to kick the power up to P9 (early in the roast) so that I could hit 1st C around the 9min mark. After that the beans were going exothermic and I backed off the power to 7 and eventually 6 so that I could extend 1st X for 2-3 minutes. I was targeting 12 minutes to be done and dumping.

PS: I’m on a ver 1.5 Bullet with the IBTS installed from the factory and Running firmware 475.

Thanks for the videos Joshua.
Like @PapasCup I am also interested in how the exhaust works. If this draws air with an external motor then this could by why.
Is this a 110V Bullet? If yes, you could measure the voltage at the socket to make sure it does not drop down too low.

Hey thanks for jumping in here;

Preheat temp is listed in the roast profiles - its the max the machine will allow with the newest firmware 310c. I have a v1.5 roaster with firmware 508.

As for the exhaust, it is not an active exhaust. It is simply a 3d printed adapter (from the Aillio site) connected to a flexible duravent link that goes up another couple feet to a 90 degree and then out the wall. It is the same exhaust setup I was using with my sonofresco, professionally installed. The entire distance from machine to outside is less than 3 meters, however I can disconnect the machine completely from the exhaust to rule that out if necessary- it is in a garage. I doubt its the exhaust since its not an active exhaust.

As for the voltage, I took measurements the last time I posted about this and still have the pictures here: 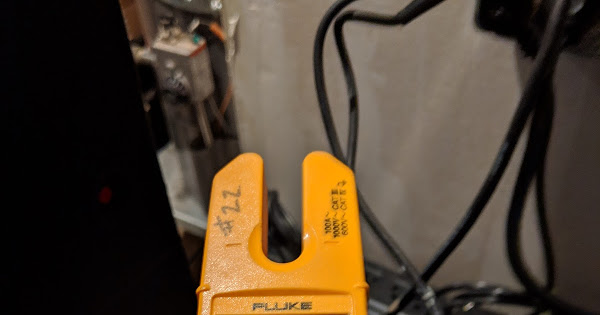 Essentially its a nearly dedicated circuit (save for a low powered intel NUC that I run the RoasTime software on) and it has ample power from the people who reviewed it last time. The 119 is with no load, and the 116 is when the machine is on full power with full fan and full drum going with a full 1kg load.

Ok thanks for that info!
Since you have that excellent meter, could you measure the current as well when going P9? We need to calculate the power.

Um, I mentioned above that the second picture is of the meter when machine is on p9, with the drum set d9, and the fan on full (fa) and 1kg in the machine. Did you not catch that part of my response or am I misunderstand what you are asking for?

He asked for current (Amps) to go along with the voltage that you’ve already measured.

I just measured it at p9 and it says .3 amps most the time. I’m not sure if I’m measuring that right though. 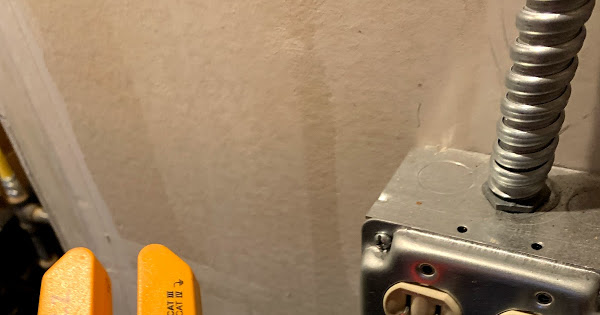 If I recall, you’ll need to have the meter actually in the circuit (in series) to measure the current.

This is a dedicated circuit I had a certified electrician run just for this machine after he reviewed the spec sheet. I don’t think I can get a reading in series as this is the only receptacle on the breaker. Maybe if I try another plug in the receptacle?

Wait a sec. What are the fancy ears for on your meter? Might they be an inductive way to measure current?

In that case, I think you just put the Bullet’s power cord through the ears (possibly right at the marked line) and magic happens! 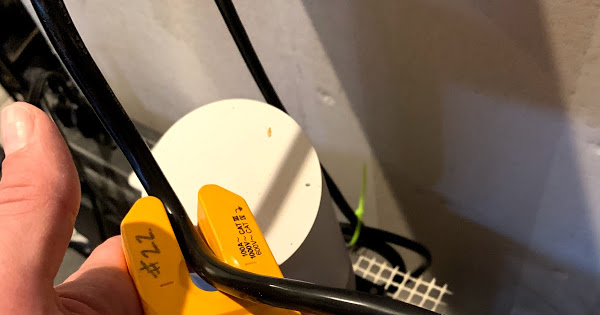 Can’t the machine show this info in the roastime software as well?

If RoasTime can do it, it will be on the info screen that you get by clicking on the tiny “circle-i” icon, in the upper right, just below the settings gear icon.

For your meter, make sure that the power cord is passing perpendicularly through the ears. I’m not certain that it matters, but it might.

I think I’ll buy a smart things smart plug that measures draw on the outlet. I’ll plug the roaster into that plug and check what it says about its usage.

I did try with it perpendicular and parallel. With it parallel it showed even less.

I wonder if the issue I’m having with measuring the draw has to do with the way that the four plugs are wired up in that receptacle.

Regarding measuring the “Current” draw of the Bullet:

Inductive current probes typically require putting the probe around just one conductor wire of the (3) that are inside that encased power cord. So, placing it around the cord with all (3) conductors inside the probe doesn’t work for measuring current draw on the line.

Kill-A-Watt EZ makes a wall plug-in device that will measure up to 15-amps. It allows you to plug the Kill-A-Watt into a wall outlet and then the item you want to measure plugs into the Kill-A-Watt device.

I ordered one of those plus a smartthings smart plug that will show up tomorrow. I’m fairly certain that my electricity is fine, given I hired a licensed electrician to install, and they consulted the specs of the roaster before selecting a breaker and the wire to use.

I have a Kill-A-Watt and it’s a handy tool for the times when you just want to know how much current a given small appliance (coffee maker, toaster, etc) or string of devices is drawing from an outlet. It can be handy for identifying things around your home that still draw electricity (plugged-in) even though you think the device is “off”.

I use the inductive current probe to measure larger things like an HVAC unit or how much current my house is drawing at a given time.

For the Bullet, the Kill-A-Watt should do that just fine.

Ok here is the verdict

That is spot on what it should be using. So I don’t think there’s anything you can do really. A variac set to 125V will give you a little bit extra power though.

My impression is that with batch sizes that are reaching the Roaster’s design capacity, it will take max heat settings to achieve a reasonable 1st C timeframe. A 9 minute 1st C is actually OK even though you are having to use max heat to get there.

As I said, even with my 1.5lb batches, I use P9 on the power so that I’ll hit 1st C in the same time-frame you are seeing. But I also can back it off a few levels once the beans go exothermic. Unless you need to roast the max capacity of the roaster, try some 1lb roasts that will give you a better range on your settings to play with. I personally feel that the 1lb batches are sort of the sweet spot for this roaster in terms of managing power, time, ROR, etc.

ROR is an important thing to understand. As long as your cupped results are hitting the mark, I wouldn’t be too concerned about what the graph is doing. I focus on managing the roast, extending 1st C for 2-3 minutes and not running up to hard on either 1st or 2nd. Honestly, I pay little attention to the graph and more to bean development, drum temp and time. Be careful not to let the data, theory, etc overshadow plain old roasting principles that can deliver great coffee.