Hi everyone. Roasting a Maui Mokka (favorite) on new Bullet. Roast seems uneven compared to other, larger, beans, AND LOTS of chaff at cooling fan filter (I run inline fan as well), PLUS my beans seem a bit uneven color compared to others dropped at similar pre-heats. Other beans remarkably similar color.
Do I need to lower my PH for this bean and up my fan to get more chaff off it?
Is it the beans themselves versus my techniques that cause the difference?
Know there is more chocolate in this bean (years on Cafe Geni with “same” bean) so I’m still searching for it. Below is my roast profile and my production picture for Maui, and other roast that is evenly colored. 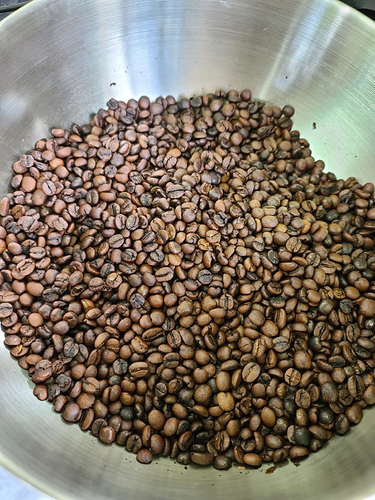 Sorry, learning interface - here is the even roast 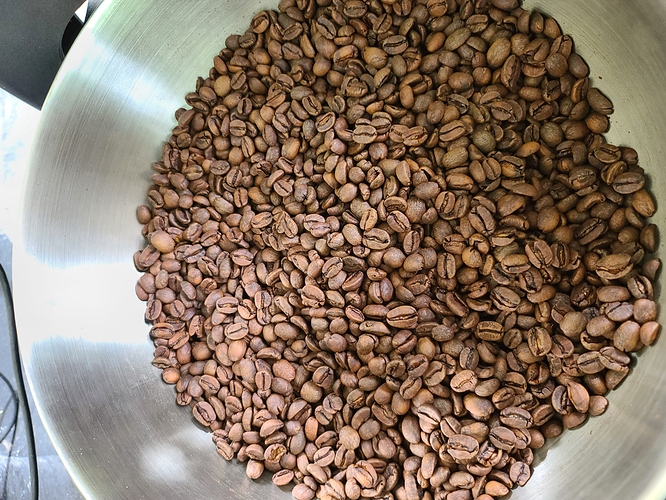 Not sure that 1C had finished when you ejected the beans… perhaps a little early? Try reading thru this thread about similar concern.

But I roast pretty dark so my opinion may not help.

I just looked more closely (higher zoom level) at the batch with the uneven color. My reply misses the point completely. At higher magnification I see beans that are burned… completely black. No wonder you were bothered by what you saw!

I can’t recall seeing that in any of my roasts before so I haven’t had to deal with it.

Frankly the things I mentioned don’t seem plausible, but maybe it will give you (or someone else here) some ideas to consider.

Thanks so much!
I did notice one that was for sure burned/black! And it must have been impatience on my part as what you saw was the from the second roast of the day.
No other black beans in either that roast or the one just prior.
Just like some were light roast, and some city++
It is a single farm on Maui.
Puzzles me even more because if burned I would have expected the chaff in the back instead of in the cooling tray - and, with the larger bean, same profile on purpose, chaff in the back not in the cooling tray.
BUT, I think you have really put me on to something.
Logic is leading me to believe the beans are from different lots. When I look at the green beans I see enough differences to confirm that. Picture attached (through plastic, sorry) - but upon closer inspection - huge differences, in fact a number of very dark beans, perhaps under developed, or over developed. I did go to the farm and picked, but there lies the extent of my knowledge.
AND, the fact that my other roasts are uniform (larger beans though) would support no user or bullet issues. 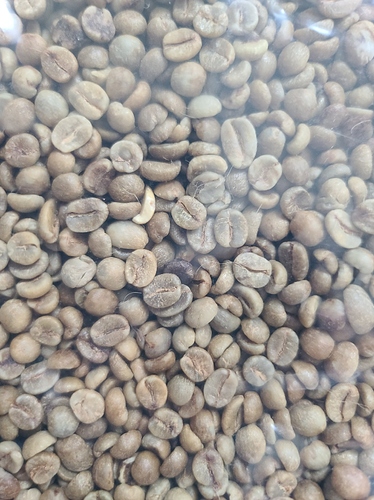 20200802_1816571390×1854 945 KB
I’m going to laboriously sort through to find 600g of relatively same beans on my subjective criterae and see.
The simple explanation is that the beans are roasting very differently and some retaining their chaff longer - until they drop.
So, I’m going with different beans as my operating hypothesis.
You have been a BIG help. Thank you. WIll update all later this week.
matilsky March 4, 2021, 4:59pm #6

I’m just curious if these beans are from the 2019 crop. I roast about 20 pounds of Kona each year (single farm in Captain Cook) and 2019 had a terrible infestation of coffee borer beetles that year. My 2020 beans look much better. Here is a picture of the 2019 beans. (I had to hand cull these to eliminate the baddies…) 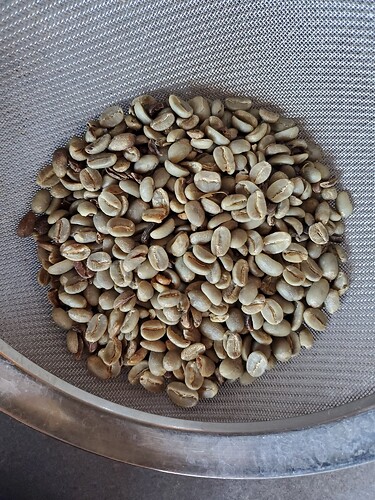