This seems to be happening for some of my roasts and not all of them. I can’t figure out the pattern of why this is happening but I only just noticed this today. This is not limited to today’s roasts. In the image below from RT you’ll see the end readings along the top and on the right aren’t the same for the IBTS and Bean Temps at the end of the roast, the time is the same: 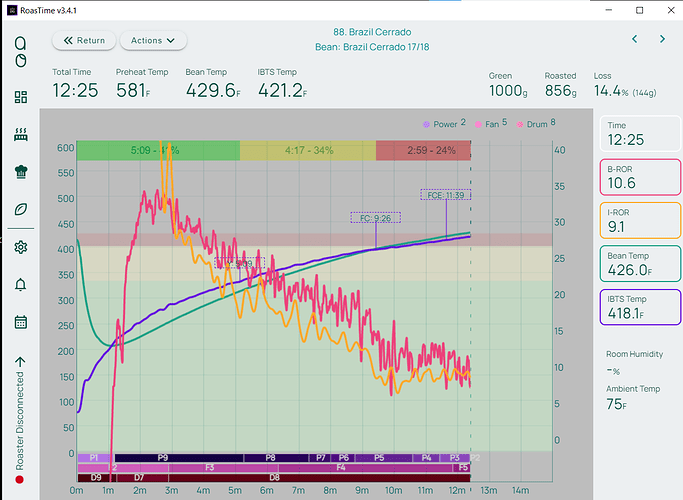 I sent to RW to take a look at this same roast and it’s even a little bit different there!

Which numbers are correct?

I can look into this issue as soon as possible. But considering RT v3.4.1 was released a few months ago and its stable apart from some known issues, I’d say this is more likely an issue in RW. RW uses a shared chart that both RW and RT (in v3.5) will use eventually and so this might point to an issue in this shared chart.

I’ll take a look at this tomorrow and write back on here.

Hey @derrxb thanks for the reply. I don’t know if the issue is the graph itself. If you look at the second screen shot that shows both the RT and RW of the same roasts at the end of the roast, the BT and IBTS temps are all over the place.

As I said in my OP this inconsistency is happening for some and not others.

@derrxb not sure how this I just saw fits in with what I have mentioned above. On RW I am looking at all my roasts. The “First crack” time column has a later time than the “Roast time” - doesn’t make sense. 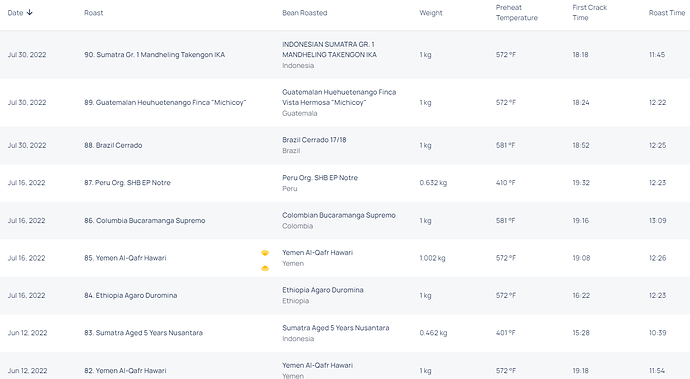