Rao recommenced using a cig lighter to measure the draw of your fan. The recommendation was to test the angle at 1cm away from the trier. The image below is with an empty drum from 0-9 on an uncalibrated v2.0. 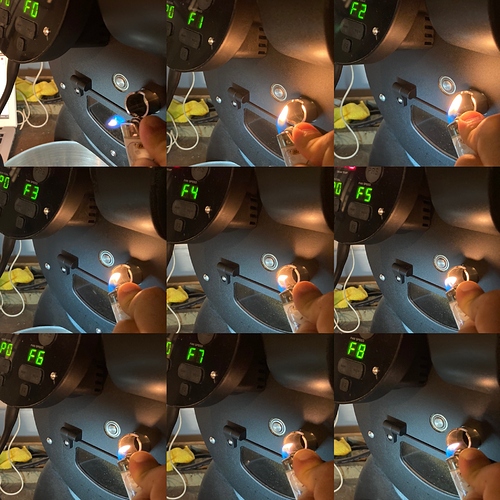 F0 blows outward . F1 the flame is drawn in by about 15-20 degrees. F2 ~35 degs. F3 to F5 meets his 60-90 degree recommendation. 5+ and the flame is drawn in more steady and pulled thinner. (F9 not shown but it was occasionally blowing out and my finger was almost blistered from holding a lighter so long)

i hate to be a pain but do you have the same test on the calibrated fan?

I’ll work on it. But I imagine it really won’t change much. There was a notable difference between 1-3. Harder to differentiate between 4-5. Once the flame went to 90, 6-8 is difficult to visually distinguish (however the sound did change). One could also test this with different exhaust setups to see if that created a greater draw at the trier.

FWIW, calibration had a pretty significant effect on my V2’s fan speeds: 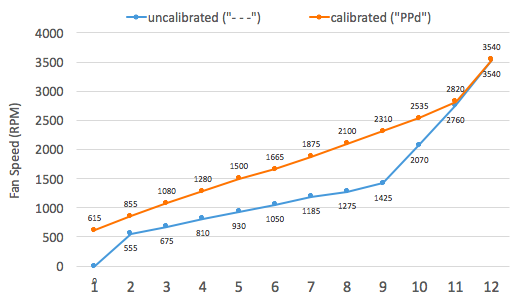 Also, don’t make my mistake of running calibration but not invoking it! You need to see “PPd” in menu 6 to be sure calibration is active.

Great chart @bradm to show that calibration. Interesting how they converge at 11 and 12. I have the V2 and my fan goes to F9 and then FA F6, FC Which each seem to blow harder but FA & F6 don’t really make sense. FC also seems to make the cooling tray fan blow harder than typical. 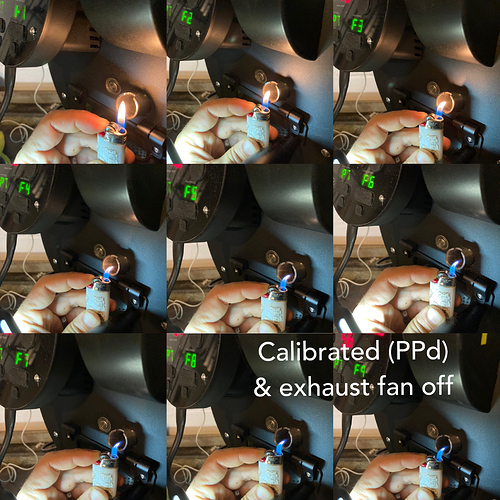 image2048×2048 2.9 MB
But I also found that my fan exhaust setup was creating a larger effect than expected. 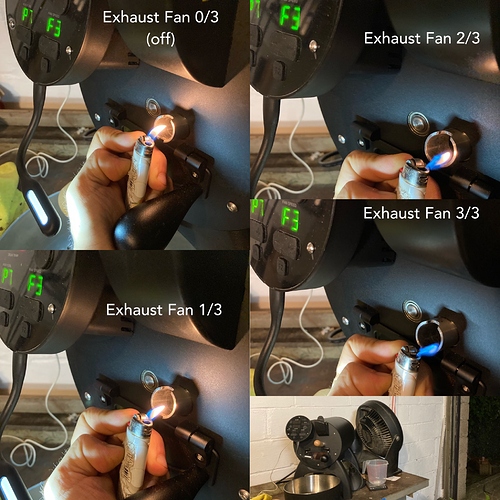 So are ABC just higher levels so they could work past the single digit limitation?

Has anyone considered installing a differential pressure gauge?
The fan is always not stable in different environments and climates,
The pressure in the drum should better reflect the actual strength of the draft.

So what is the practical takeaway from this test? Sorry if this should be clear - I’m very new to this.

The cigarette lighter test is used to get a general idea of where to set your fan speed. Check out Mill City Roasters youtube channel for an explanation video, and a bunch of other interesting videos on roasting.

Other takeaways from the nicely presented tests by @ryweller are that fan calibration and your ventilation system have significant effects on the actual amount of air moving through the roaster, as measured by this test.

Thanks! I guess I need to do some reading on fan calibration.