Feedback on New Ventilation Set Up

Hey Guys,
Thank you so much for all the help so far it has been invaluable. I wanted to share some pictures of the ventilation system I worked on putting in this weekend and get some feedback on if it looks okay or if there is anything that I should modify or do different. Essentially, I mounted the Cloudline S4 to the wall and have a louvred dryer vent the air is exiting from on the outside. All of the ducting is semi-rigid aluminum and the part that will hover over the Bullet exhaust is an aluminum 4" round to 10" rectangle adapter. Thanks for any feedback! 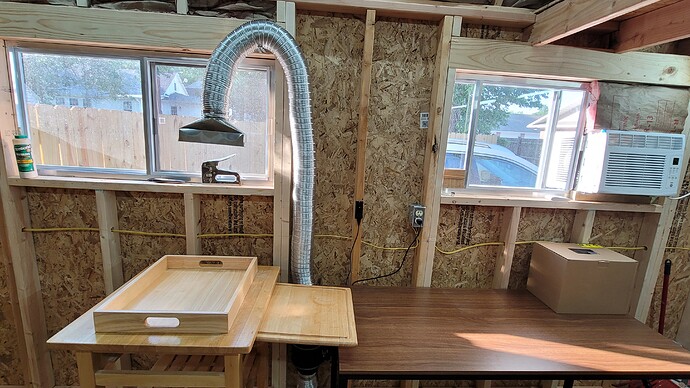 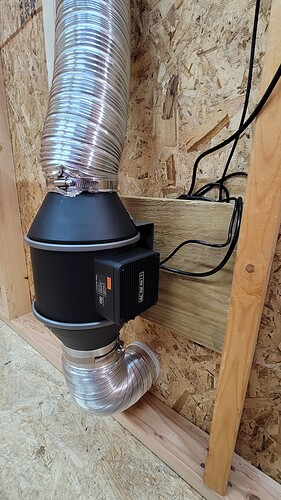 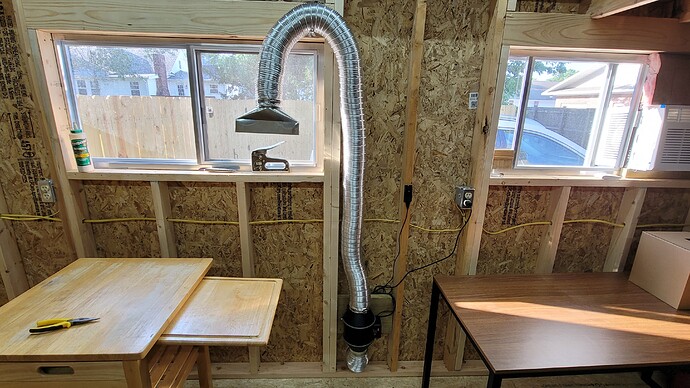 Looks pretty comprehensive. The only warning I have seen in relation to exhaust fans is to monitor the extraction pressure as too much can take away from the roast heat and wash out the roast environment.

Mine uses similar ducting but much more rudimentary as I am house sitting and don’t want to install anything permanent. Even so, having done a few roasts with this setup in the garage it works fine without an extraction fan and I will probably stick with it in any new house. 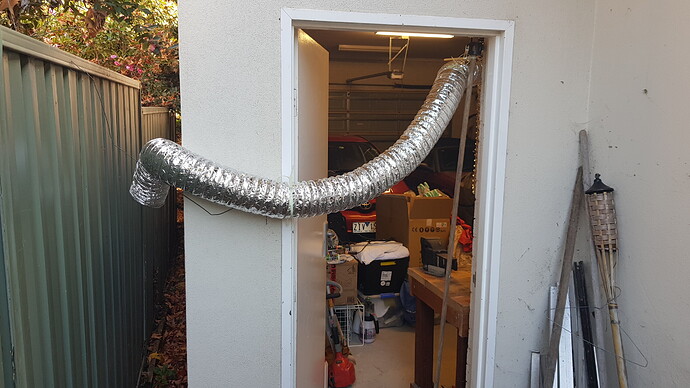 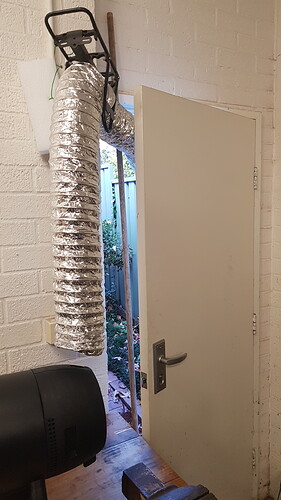 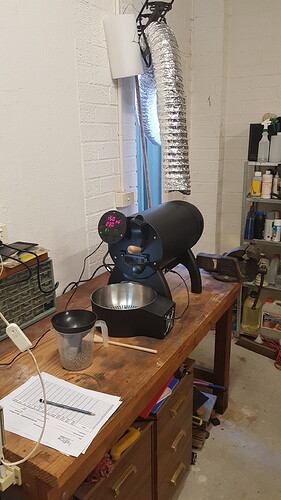 Hey Thanks for sharing the pics of your set up. I’ve heard to be careful about pulling too much air too but from what I can tell that usually arises from having the ducting attached directly to the bullet with a fan.

You are correct. Here’s a pic of my setup with the S4. Running the fan at full speed during the roast and have not had any issues. I added some charcoal filter, that I replace often, to try to mitigate deposits from the smoke clogging the fan. Not sure it does much, but the filter does accumulate a lot of “material”. 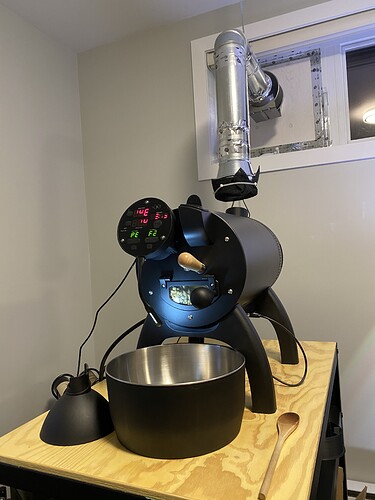 @mistajakesplsv is there any reason you put the exhaust vent exit location at ground level rather than higher on wall? It looks like there is a driveway behind the wall and wonder about exhausting at a low point to a trafficable area?

It does help thank you! I like the idea of a filter. Did you just do a DIY version or did you purchase them from somewhere? Also, your set up looks great!

That’s a great question! Originally I thought I would put it up high but my Wife didn’t like the idea. She thought it would look better down low so it is purely an aesthetic thing. That driveway will most likely not have any cars or traffic in it while I am roasting so I don’t think it will be an issue.

I purchased a cut-to-size from a hardware store. I wanted to buy the Cloudline filters originally but wasn’t sure if the S4 would suffice with extra restriction and therefore require me to upgrade to the S6.

Here’s a shot of the filter after a few roasts. I need to cut a piece every 10 roasts or so before it’s clogged. But it’s fairly cheap (like 10$) for the whole roll. 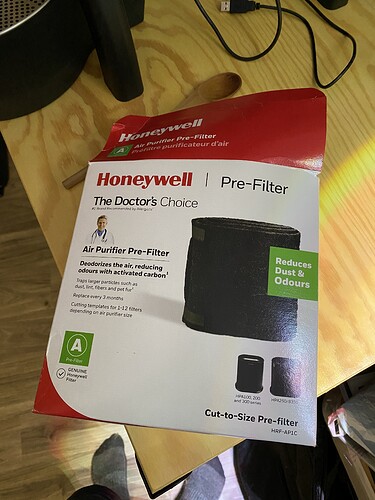 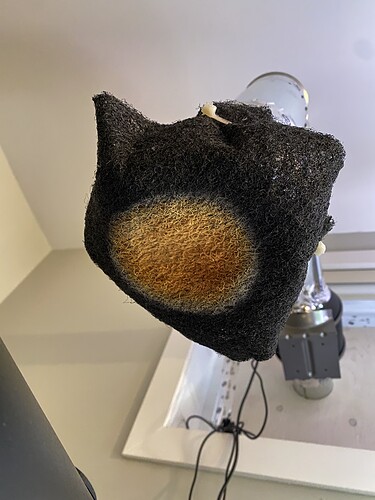 Hey that’s great I’m going to pick some up.

Followed @LGD 's advice and the set up is cheap, easy, & effective. This is my filter after a few roasts. Much better than having to clean this inside the Cloudline. 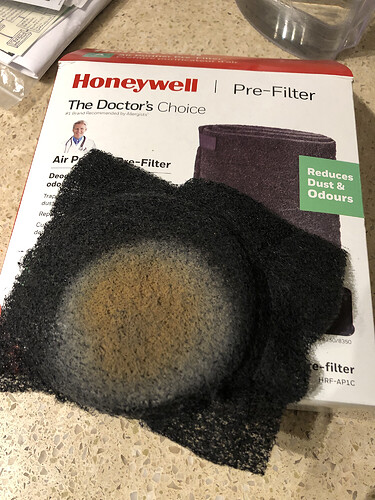 I recently bought a Bullet but I haven’t installed it yet because I want to understand my options for the ventilation.

I’ve had a 4" Cloudline in the exhaust path for close to 2 years without issue. I suspect it needs serious cleaning by now as I didn’t put a filter in the path as I should have. The flow rate is about 220 cfm which is not quite enough to move all the smoke at the end of my usual dark roast (I roast into 2C and get a fair amount of smoke). I would think a 6" Cloudline would have been a better choice to keep up with the smoke.

Hey there. I think it probably depends a lot on how much ventilation duct the smoke is going through before it hits the Cloudline. In my case( see pictures above) I think it is plenty cool before it hits it, so I haven’t had any issues. That filter you linked looks ok but if you are venting outside, it actually seems like overkill and as Bruce said it might not be long before it’s rendered useless anyways. Some cheap, pre filter would probably be a better option.