Howdy y’all! Been lurking here awhile while deciding to buy one of these, then the eeeendless waiting for delivery HA! Took delivery yesterday, and did some seasoning roasts last night, so this is my first attempt. Anyway, wanted to introduce myself and see if I could figure out how to upload a roast. I did some Ethiopian Shakiso Natty from Sweet Maria’s, 350g. Pretty similar to the recipe in the R1 manual, except I got lost trying to figure out what the hell a yellowing point is, and when to hit the button so I missed a couple P changes lol. Anywho, So happy to be here with you people!

Edit: Trying to figure out how to upload the roast graph.

Hey! Congrats on your first roast!

In terms of how to upload the roast graph, do you mean how to sync the graph from RT 3 to Roast World? Or do you mean being able to post it on the Community?

@derrxb Well, both, I think. But initially looking to have a screenshot like all the cool people here do.

on a MacBook use cmd+shift+4 to take a screenshot. You can immediately edit it with mark up and then drag and drop it from your desktop (or the chosen location) into your reply box. 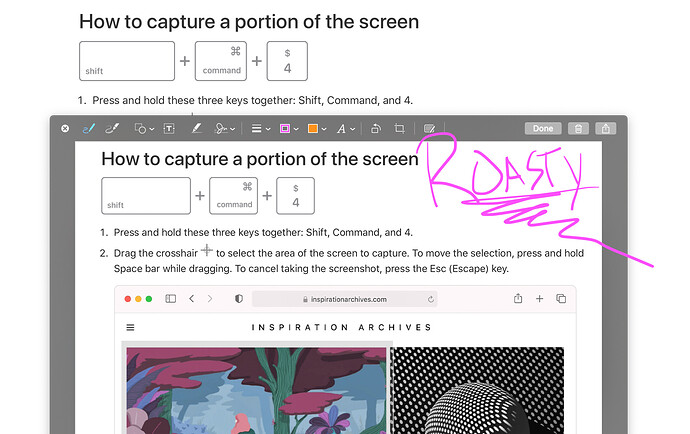 Take a screenshot on your Mac

You can capture the entire screen, a window, or just a portion of the screen. 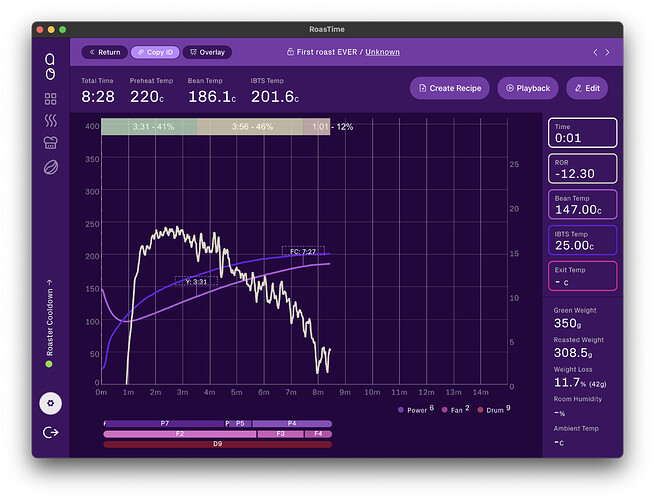 Tastes really good! Not perfect, but better than a “good” roast from the old behmor. I can tell I’ve got some experimenting to do. Ends goal is to get something akin to heart roasters in Portland. Visually I’m not there. Their beans were always a shade that I would call “rosado” if I were describing a cigar…as much red as Brown e if that makes sense. Light in color, yet always fully formed. Not sure the correct term but there was none of the wrinkling I have when I stop light. So I’ve got lots to play with!

Glad it was tasty. I haven’t heard of red/pink coffee. I checked out heart’s website…looks like a great place.

Yeah, I never heard of pink coffee before either. Not sure what I said to give that idea.

congrats! I also just did my first roast on the bullet after spending way too much of my life on a Behmor and already the quality of the roast is far superior already.

The Bullet is a trap- once I found how much coffee flavor could improve I discovered I’d already fallen down the rabbit hole chasing coffee taste- I’m not sure there’s a way out!!

Curve looks pretty good except of the ROR drop at the end. You could try to give a short peek of heat between 7:00 and 7:30 to avoid ROR drop after FC at m8:00

That’s good to hear! That’s what I upgraded from. Had my 1600+ for 2 years and roasted 180 lbs. Supposed to receive my Bullet today, so here’s to roasting at a better level like you’ve described!