For reference, I generally roast full kilograms and shoot for the middle of second crack. So, I preheat to 310C and use full power through and well beyond first crack. I can see that your strategy is significantly different from mine - it looks like you’re not much past the end of first crack. So, it can’t be a simple “don’t drive it so hard” or “you’ve backed off the power too soon” response.

When this issue was first discovered, there was a theory that the IBTS just needed a lens cleaning. I’ve done that a few times and still get this behavior.

I’m still getting good results, BTW. It must not be a terrible thing for this to happen. It does raise questions, though…

In the meantime, I’m going to keep roasting.

I’ve only completed 20 roasts on my V1.5, but have never seen that happen. My only roasts that have gone past 2nd Crack were the seasoning roasts, and even then the IBTS was about 20C above the Bean Temp probe.

One thing that catches my attention is that the Firmware (5.12) may not be the issue. It could be the version of RoasTime software being used. @wngsprd (who isn’t seeing the problem) is using RT 2.2.0, but is on firmware 5.12. The others that are seeing this problem are (or may be) using a RT version that is newer than that one. I’m not on the latest Firmware, but am on RT 2.2.0 and do not see this problem that is being reported. Maybe drop back to RT 2.2.0 and see if the problem goes away?

Yeah, even when I roast on my gas-fired roaster (with 1-3lb batches where I’m having to drive heat harder), ET and Drum are always higher than in-the-mass BT. I have not (yet) cleaned my IR lense on the Bullet, but also am only about 15 roast sessions into using it.

Assuming that the RT software version can be eliminated as the culprit, maybe it is a hardware (IR sensor calibration) issue? It may be useful (if possible) to check the output from the sensor against another (comparison) temperature reading just to make sure the IR sensor is reading correctly.

Just for grins, I have a Thermoworks hand-held IR tester that has been a handy tool for years. I applied power to the Bullet and just let it settle for a few minutes to allow the Bullet’s IR and BT to acclimate. Opened the bean drop door, and took a reading from a drum vane that was aligned right behind the open door. These are what I measured/saw:

This doesn’t say that the Bullet’s IR is accurate as it scales up in temp and use. Just that I had a good static agreement with the (2) temp sensors in the Bullet compared to my hand-held IR device.

Hmm. I’m not quite sure what to do with that info. I guess it would be nice to have a set of points taken as the drum heats up, but that is still not quite the same as measuring the temperature of the coffee. The emissivity of the beans is surely different from the drum and may even change as the coffee roasts.

I wasn’t attempting to define what the Bullet’s IBTS sensor is doing during the roast which is why I qualified my statement to being a “static” reading. It would be useful just as a baseline test to see if there are any significant temp differences between the BT Thermocouple, the IBTS sensor and an external temp measurement device.

Back to the question at hand of why Bean temp in the graph is exceeding Drum temp, I have a question. I’ve read (here) that after charging, the Drum Temp is actually the IR Bean temp. If that is the case, and if the “Bean Temp” line (in the graph) is coming from the Thermocouple in the bean mass, then aren’t we looking at (2) representations of the same thing that just don’t agree?

I get it and I agree that it was a useful test, as a basic sanity check. I was just thinking about where we could go from your starting point.

Yes, we’re looking at two different estimates of the same parameter, based on two different measurement techniques. We don’t expect them to agree, though, since we (Aillio) theorize that the IBTS is more immediate, while the thermocouple (embedded in a housing) should lag behind, due it’s thermal mass slowing it down.

If the temperatures measured by both should always be increasing, then the thermocouple should only fully catch up if the “true” bean temp measured by the IBTS either stalled or turned back down.

Clearly, there’s something else going on, here.

I don’t know if you saw the thread (linked below) that spoke to the same thing that you and @bertje1959 are reporting in this thread.
IBT - merging with Bean temp

They covered the same ground and had some opinions about what might be causing it, although not confirmed by Aillio. Seems the Aillio response was “clean your sensor”…which you and those in the other thread have already done.

So, if the RT graph (once the Bullet is charged with beans) is just reporting (2) different measurements of Bean temperature, why report that in the graph as “Drum Temp”? It would seem more accurate to say “Bean Probe Temp” and “IBTS Bean Temp”. But that doesn’t answer the question of who or what is actually measuring the Drum Temp…odd.

If you have the IBTS, the only time you have drum temp is before charging. After that, you don’t have any way to measure the drum.

I believe that Aillio theory says that drum temp is not useful during the roast - only before. Other manufacturers may feel differently, but I can’t speak to that. This is the only drum roaster I’ve ever used, so it’s the only one I know much about.

I’ve used other consumer drum roasters, but none of them were intelligent regarding reporting temps. On my gas-fired roaster, I cared about the Environmental Temp (that surrounded the drum) because it would indicate whether wind, running out of fuel, etc was affecting my roast before it showed up in the bean temp.

On this Bullet roaster, I would agree that temp of the actual metal drum (after charge) is not needed. But the ET (the air temp) that is around the drum could be useful as an indicator of overall heat applied to the drum. But that is also not necessarily a requirement for roasting on this product.

My thought on the graph was that (2) Bean temps don’t seem to be useful at the moment. I (now) see why some of the roasters here want the option not to display the Bean Probe Temp in RT. I was mainly trying to get my head around what Aillio is doing and have a better understanding of it now. Thanks.

Very interesting (if you aren’t the one having to deal with the problem!)- the descriptions from both @celticcupcoffee & @bertje1959 seem to describe/show data that is otherwise correct except that there’s a corrupted scale factor applied to IBTS data or the IBTS data is being mishandled under some special circumstances. Pure speculation on my part…

Possible, I suppose, but not likely, in my opinion. I’m still getting reasonable roasts with essentially unchanged IBTS-reported temps for events like first crack, second crack, and bean drop.

This is with just profile overlay roasting, so it’s just “eyeball close.” It may just be changing more slowly than I can see. Using an IBTS based recipe would be a better test. Eventually, I’ll get around to that.

There may be something off in the relationship of IBTS to probe temps, but he IBTS measurement appears “normal,” FWIW.

The focus in this discussion is mainly on the IBTS. I have experienced a similar pattern, which was caused however by a faulty bean probe.

Would be interesting to see some pictures of the IBTS - both sides of it if you remove the housing and take off the front plate. We have seen quite a few being installed incorrectly and this will make the IBTS pretty dirty quickly so that the temp reading will be too low.

Have you seen the incorrectly installed IBTS in factory installed units?

You are right. Sensor was dirty. Cleaned it, and then had a look at the back of the IBTS. There was a gap between the rubber and the sensor. Pushed the IBTS forward, but it didn’t stuck easily. Then pushed harder and also pushed it to the upside of the rubber and then it stayed in position. Hope this will stay in place. Perhaps I made a mistake when I placed the IBTS, but to be honest, this is improvable. 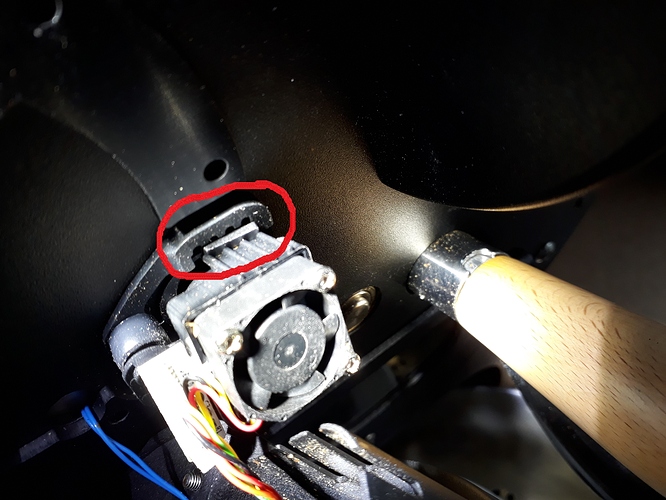