At this point neither software or hardware is responsive.

Any thoughts or help? 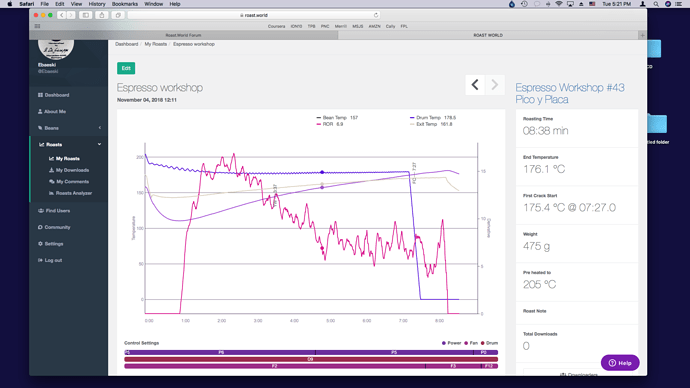 The drum temp failing and the screen and buttons becoming unresponsive would indicate a fault with the IR sensor or the circuit board with the buttons. They both use the same bus to communicate, so if one fails in a bad way it might down the communication for the other. Check the IR sensor, cabling and check for contamination on all of the control boards.
What serial number is this?

I can take a look and take some photos, I received the roaster about 5 months ago.

I was looking at some things per Taylors suggestion and also I opened the R1 to look at the connections as you suggested. Everything was seated properly and I did not see any contamination.

After putting the R1 back together, the roaster started with no issues. I ran a preheat and roast without beans, and did not see any issues.

I will roast this weekend, but until then I would consider my issue resolved.