My new Bullet just arrived today! Is there a forum where roast profile JSON files are exchanged?

Apparently you’re already registered on roast.world. Go to your Dashboard and click on Find User. That will give you access (starting with the user with the most saved roasts) to everything in the roast.world database. [Your roasts are not saved locally on your computer but are instead saved here on roast.world.] I don’t know of any way to search the User base either for a specific User or for other info like Bean name… it’s just a sequential list of users.

When you look through the roasts saved on roast.world User database and see something of interest, you can Download that profile to save it to your own user name. As I recall Downloaded profiles are uniquely flagged to retain the ID of the original creator.

re: .json files… search the Community for info about JSON file types. As I recall you have to create those yourself from saved roast profiles.

Explore roast.world… there’s a lot available though it may not represent your preferred style of roasting. Also, many saved profiles were created on V1 Bullets, i.e. they don’t have the current IBTS. The associated Drum Temp curve of a V1 machine is noticeably different from that of IBTS-equipped V1.5 & V2 machines.

If you haven’t already, at some point you’ll want to find RoasTime s/w. You can find all the current releases on GitHub.

Keep in mind that RoasTime is a work in progress. Whatever you find irritating or frustrating is probably working better than it was when first introduced, so be kind!

To add a bit of a hint to your “search users” suggestion, I’ve noticed that if you know a username you can go directly to their profile with a quick URL edit.

For example, it would take a lot of scrolling to find me and my fifty-something roasts in the sequential list, but if you browse to Roast World - Cup, grade, and analyze your coffee roasts in depth, you’ll go right to my profile and list.

Replace my username with another commenter whose philosophy sounds interesting and who may have the same hardware setup (a lot of our roast.world profiles match our forum user IDs but not all of them do) and see if you come across anything to work with.

Also, if you use the bean database and buy from a supplier who is more common among the Bullet user community you may be able to get insights through the list of other folks who have already roasted what you’re trying to work on.

Thanks Brian. I was reluctant to tackle crutches for User search but you explained it nicely with 1/3 the words I would have needed!

Great suggestion to use the Beans d/b as a back door into roast profiles for specific beans! I’ll try that. Thank you!

I often look at the Beans d/b for the bean I’m getting ready to roast to see others’ profiles. The only problem is that almost no one updates the comments, at some later point, to say whether it cupped well or not.

I think I actually have once or twice, but then conclude that taste is in the mouth/nose of the beholder.

That’s part of my problem too–my palate consists of a range between “I’ll finish this” and “this is really, really good.” Not only does that not translate well to real cupping, but I suspect any “score” I would give is also skewed upward a bit by knowing that I made it.

Cupping is definitely not my forte. I’m limited to “really good”, “so-so”, and “yuk!” “Yuk!” usually gets the beans stashed in separate storage tub never to see the roaster.

I have to rely on the description of someone that knows what they’re doing and writes decent cupping reviews. Even then it’s a crap-shoot: if it sounds like a Hershey’s bar more than a piece of fruit or a floral arrangement, I’ll probably give it a try. My hat is off to those that have SCAA cupping certification!

Btw, I picked up a couple things from a non-fiction book about a young Yemenese-American that decided to get informed about coffee and became an importer. His epiphany was realizing the guy on the old Hills Bros. coffee can was Yemeni (this one is from 1952… about when I started drinking coffee): 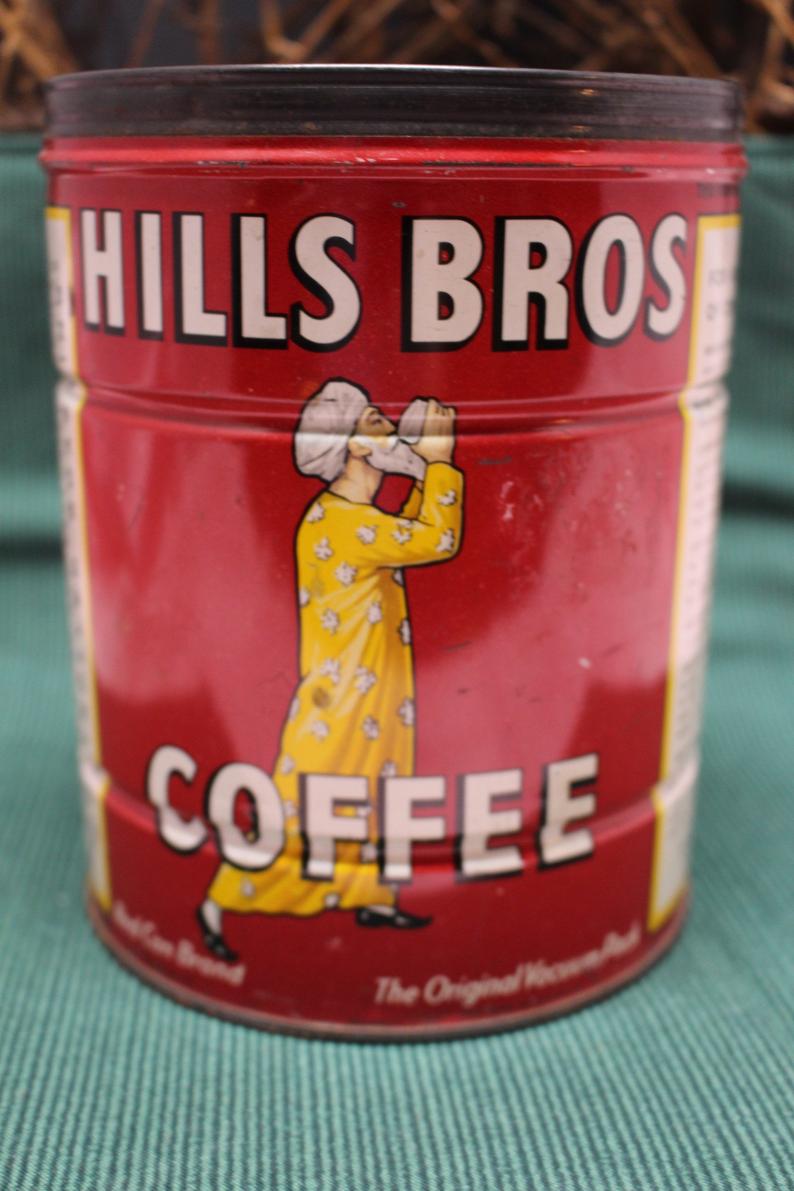 The Monk of Mokha by Dave Eggers turns out to be a pretty good read. And I learned to appreciate coffee as it starts to cool instead of killing my tongue by trying to sip too-hot coffee.

So, I’m new to the Bullet and Roastworld, but as I’m looking at other roasts, I see prices associated with them. Are people selling roast files?

I have a hunch what you saw was the price per kilo of green beans in a user’s personal inventory. Just a way to track inventory cost, not an invitation to buy. Profiles (from most users) are accessible at no cost by anyone registered here, though it can be a challenge to find a specific user’s roast data.

Yeah, I figured that out once I started to add “my beans”. Just threw me for a loop. Thanks though for the reply.