The same thing happens when I try to use a previous roast and run it as an Overlay. Endless loop.

I have rebooted my Laptop and the bullet and tried different sequences of booting them. No change. I am still stuck in an endless loop.

I keep reading about people having problems with upgrades and their machines not working after the updates. I have been very hesitant to update or upgrade any of the software and haven’t updated the firmware.

All I want to do is roast coffee. I don’t want to have to worry about whether the Bullet is going to work today and if it doesn’t how long will it take me to figure out how to get it working.
If I had come to this forum and read all of the things going on, I probably would have bought something else. This is not fun.

I know and understand that there are many variables that can affect how things work and I understand how hard it is to test and debug software.

I just want to roast coffee.

Which OS? I’ve tested release candidate 3 of 3.3.1 on Win11 for over a week without issue- about 11 roasts running Recipes with an Overlay or just using an Overlay and manually pushing buttons. I must confess I have never used Playback (it’s time-managed not temp-managed and I prefer the latter). So it appears I’ve failed to test something important.

I don’t understand ‘endless loop’. Is it repeating a single Playback step over and over? or completing the steps of the Playback file then going back to T = 0? or not executing any steps at all? Could you post the chart of the roast you did using Playback? I’ll make sure Matt is aware of the issue.

Overlay doesn’t manage your roast for you… it’s just a graphic background image of the earlier roast with a record of the earlier Power, Fan and Drum speed commands. You have to execute the P/D/F commands using either the graphic buttons in RT3 or the physical buttons of the Bullet Control panel.

Edit- I thought about this some more and wonder if you were looking for the Playback feature to end the roast for you… ?? It doesn’t do that: you have to end the roast manually. I do it by hitting the PRS button at a specific temperature which changes the Bullet to COOL mode, then I open the door and drop the beans. Does that fit with what you experienced?

It did exactly the same thing in Overlay mode. I know that the Bullet should not have been responding, but it was.

I understand about ending a roast by hitting the PRS button at specific temperature and opening the door and so on. I do miss that programmable drop from the Hottop.

I use both overlay and playback modes for my roasts and understand how they are supposed to work.

I checked what firmware version I was running and it was at 562. I very reluctantly upgraded it to 591 fully expecting that it would probably brick the bullet.

After upgrading the firmware, I turned everything off and rebooted and now RoasTime and the bullet are working as they should.

Thank you again for taking the time to respond.

I wanted to make sure that I explained everything that I did in case someone else runs into this problem. It might save someone some time and frustration.

I did file a ticket with Aillo customer support and will follow up with them to cancel the ticket.

Sorry to hear about this issue, we will try to fix it today. In the mean time you can go back to version 3.3.0 by downloading it here:

You can also try starting the roast by pressing the PRS button instead of pressing the button in RoasTime, then it should still work in 3.3.1

I am using v3.3.0 on a MacBook Pro, running macOS Monterey 12.0.1. When I start up the software I get a pop-up window notifying me that a new release is available (v3.3.1), When I click on “Download Now” the pop-up disappears, but nothing else happens, and I’m still on v3.3.0. The autoloader doesn’t seem to be working on my Mac.

I disabled the auto update until we knew what the problem was. I think Matthew will release an update today. If you want to try 3.3.1 you can download it directly from roastime.aillio.com

I’m running my first playback roast since updating to 3.3.1.

Everything seems to be working fine right now. One thing I noticed it that the edit roast button is gone. I liked this because I was able to enter all the bean details before starting the roast.

Edit: I see that the edit button is still there; it’s just defaulted to black which can’t be viewed on any theme other than white. I’m also unable to change the roast marker (yellowing, FC, etc) colors anymore. They default to black.

Just heard from Matt that he found the issue and is fixing it. I (and apparently other testers) don’t use the “Start Preheating” button and that was where the bug was introduced. It’s closing the barn door after the horse is gone but looks like I have another thing to add to ‘must include’ testing besides running a Playback. Sorry for the issue.

Thank you Matt, Jacob and Bruce

Both the dark theme and Aillio theme: 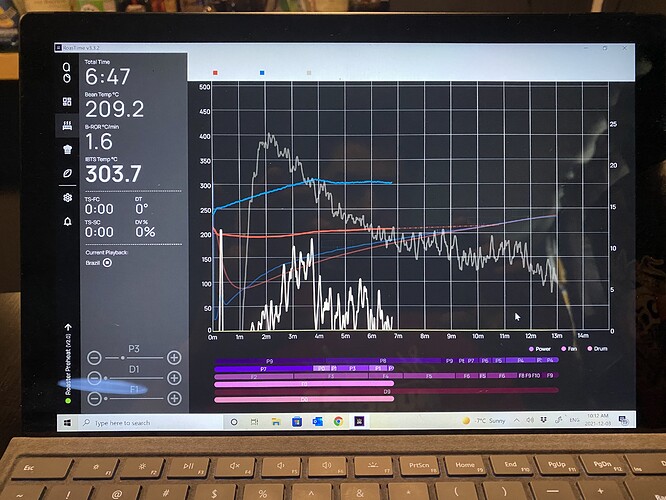 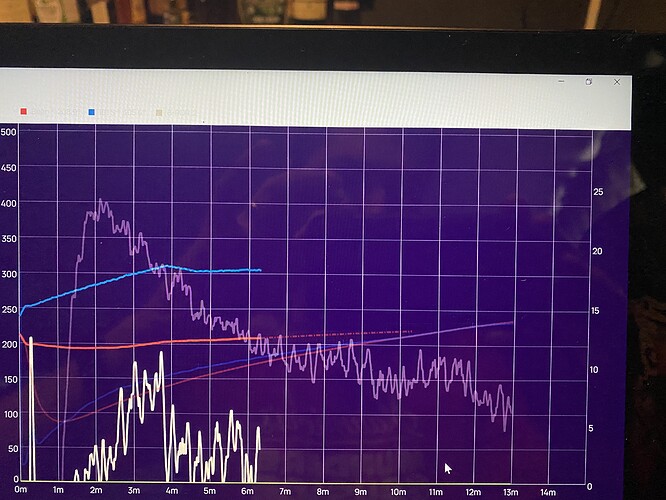 Everything was working fine USB and all before the auto update, then as soon as
it downloaded and installed it just flashed “roaster issue”

I had to roll back to 3.2.4 before I could get it back on line - now it seems happy I am very reluctant
to update to the current versions.

Any advice on updating firmware? Should I do this when after I have finished a roast when the machine has cooled down?

@glenn.coganh8yj edit to his post seems to imply that RT 3.3.2 maybe compatibility issues with older firmware? I am still on 562 which came with my Bullet. I loathe to upgrade it given many posts about the update process failing and having to go into manual boot loader.

Any advice on updating firmware? Should I do this when after I have finished a roast when the machine has cooled down?

The Bullet must be in OFF mode, so it will have to be well after a roast session in order to get the temps below the limit (175°F?). I did the f/w download several times while testing with RT versions newer than 3.3.0 on my Win11 laptop and had no issues.

If you’ve been roasting you’ll probably want to cycle the power on the Bullet (re-start it) and restart RT. I loaded the beta version then downgraded to stable version then back again several times without issue.