My last roast, using v3.0.76, showed a unique problem. The graph origin moved as the roast progressed! The result is shown below. 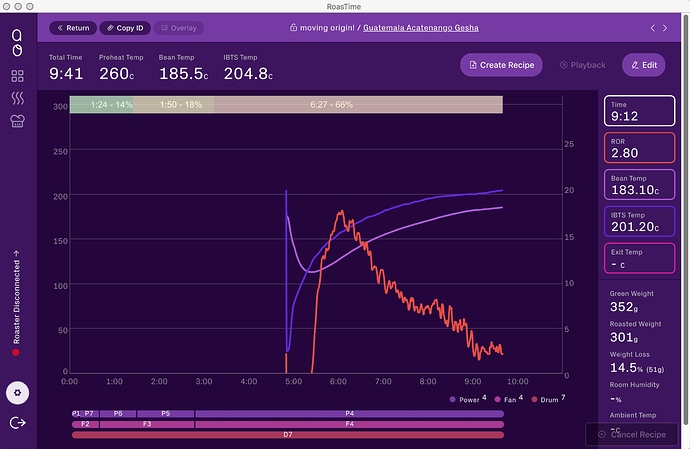 This is a roast using the same recipe as the “normal” graph shown below. 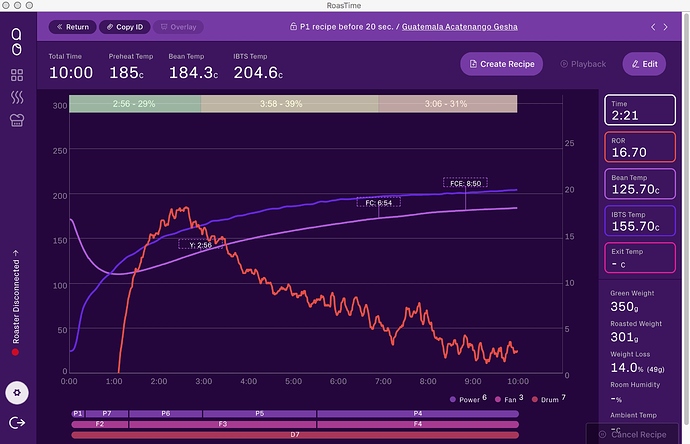 As the roast progressed, the origin moved in lockstep with the plot, thus scrunching the plot as shown.

The ONLY difference that might be relevant is that during preheating, I examined another roast. I then switched back to the current roast, and the anomaly exhibited itself. Not sure if it started at that instant, but it certainly was there during pre-heat plotting as well.

Has anyone else experienced this?