Has anyone gotten RoasTime working on a Linux setup?

App seems to run ok, but it can’t seem to find the roaster via the USB. I’ve turned the Bullet off and on, same for RT, same for computer system. Other suggestions?

fwiw, linux sees the bullet as an active usb device (as device 11), but the sofeware doesn’t see it:

I will try to get Matthew to look into this.

I have a bash script that is SUPPOSED to run after install, but I haven’t had anyone actually use Linux besides me (or that I could tell) so it MAY not have ran? Basically we need to create some udev rules for the Bullet. I am guessing this is your issue. Below is the script, you can run these manually from the Terminal as well:

Hi Matthew. I wasn’t able to get this to work using your specific terminal commands, but I did create the rules file using nano, restarted the system, and voila! Seems to have worked perfectly. I’ll do some batches later this week to test. Thanks so much! 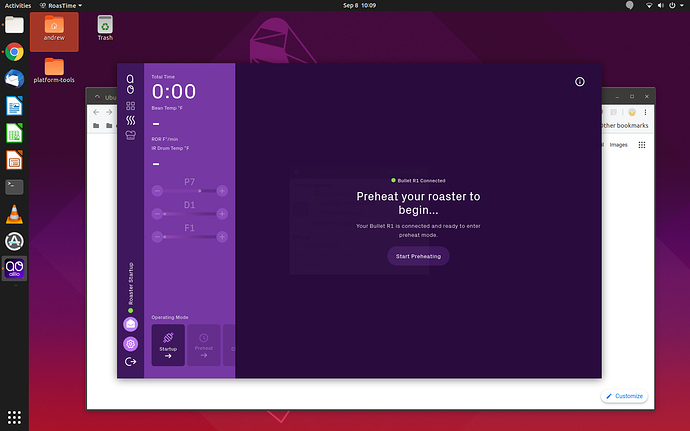