I need some advice.

I have a venting for my bullet that uses duravent dual walled pellet venting and a 90 degree angle that pipes it out my wall. Total run is maybe 6 feet up and 3 feet out.

I’ve never had an issue until recently. Last couple roasts, I’ve noticed that there is smoke in the garage after I’m done roasting.

I’ve checked the chaffe filter and made sure my vent pipe isn’t clogged.

I think I may need a small fan to pull the smoke out?

Does anyone have suggestions on a fan that would work? Also, once you hook up a fan, don’t you need to recalibrate the fans in the bullet to adjust to the airflow?

This is pure speculation, but it will give you something to ponder…

Since you’re venting from the Bullet to the outside, you need an air source to make up for the air removed from the garage; i.e. air out must equal air in. If you’re getting smoke inside the garage it probably means the Bullet is creating a sufficient drop in air pressure to allow a small amount of smoke-tainted air to be pulled in from an opening near where the exhausted smokey-air is. Two things come to mind:

What’s that hole directly above the exhaust for the Bullet? Looks like an unused vent opening that has a snap-in closure/seal. It may be the potential culprit for the contaminated air since smokey air is probably in the area. If that is the source of the unwanted air, don’t just seal it up! You have to provide a different source of air for the Bullet from an area that isn’t contaminated. Maybe a small, low vent on the opposite side of the garage… ??

So how do I know all this is possible? From a poorly installed exhaust fan in my bathroom. It was pulling in sewer gas from (apparently) unsealed the sewer vents passing thru the attic space. Opening the window about 1/4" solved my problem.

Oh wow, I never considered that vent hole right above the exhaust. It’s completely logical that is my culprit.

I think that all newish houses have those in the garage to prevent folks from offing themselves with car exhaust.

However, I have made my own exhaust with the coffee roaster, I bet I could block that off.

@joshua.armour, have you noticed a point in your process that you’re getting the smoke? The reason I ask is both that you mention “after I’m done” and it doesn’t look like you’re venting your cooling tray. I’m in close enough to the same situation ventilation-wise and that’s where all the smoke and odor I wind up getting comes from. It just took my paying attention on a day where the ambient light in my room really highlighted things to see it…

I am not venting my cooling tray, and I do notice it after the roast is complete. Maybe I need to somehow connect both to my vent.

A person on the Facebook Group mentioned that they do not use a chaff collector at all, and has a fan sucking the exhaust from nearby! That sounds fantastic, I wonder if I should shoot for something like that.

Yeah I think a lot of smoke comes from the cooling tray so venting that will be a big improvement.

@jacob thanks for jumping in here. You really do set the bar high for customer service by being so responsive with your product

Ok, I think based on the several places I’ve posted about this today that it is some combo of three things, the part that confuses me is I’ve just noticed it recently and I havent changed my setup at all. It’s either a new thing, or I’m more observant in the last 2 weeks.

I’m not sure how to actually connect venting the way it seems like I’m needing to do so, I’ll need to consider how to proceed. George St on the Facebook group has got me thinking maybe I just have a suction system that is ‘near’ the roaster and its not hooked up to it at all, that way it doesn’t mess with the internal fan algorithm. Its like a vent hood setup that just has enough suction that it pulls all the smoke from both and shoots it out the wall.

Have you seen that kind of setup work?

I think you have some great ideas there.

I run a 3 ft. vent from my roaster (sitting on a cart) up to just under my kitchen stove exhaust vent hood. Based on the coffee type, and the degree of roast, I can see various amounts of smoke leaving the pipe before it is drawn into the exhaust fan.

On occasion, I do see a tiny amount of smoke escape around my 3D printed adapter. I have never taped it to the pipe or the roaster as it fits fairly tightly.

I have the bean cooling tray angled so it blows back toward the kitchen stove hood, but it is not piped up to it, so I’m sure that some smoke escapes, but most of my roasts are light, so the smoke is negligible.

I like your setup, and BTW, I have the same generator (from Costco) which reminds me, I need to take it out and do a short maintenance run to make sure it is ready for any more hurricanes, or winter storms. I run it only on LP.

I don’t currently vent the cooling tray and roasting inside, even though I don’t go to the Dark Side, I’ve sometimes set off the smoke alarm even though I can’t actually see anything. Tip, those LED bar worklights are quite good for waving around to see smoke leaks.

Anyway, I wondered if putting a small layer of activated carbon sheet (like in air purifiers) behind the existing white filter would help…this is the sheet I got which I just cut with scissors to match:

So far so good, no alarms…

My wife is smoking and I hate its smell. When she moved to me, this became huge trouble, we have argued about it almost every day because she was smoking twice or more an evening after working. I loved her (and love her now, of course), so I decided to find a solution to this problem. I was searching the net and found this answer to my questions in this article on Mayoclinic 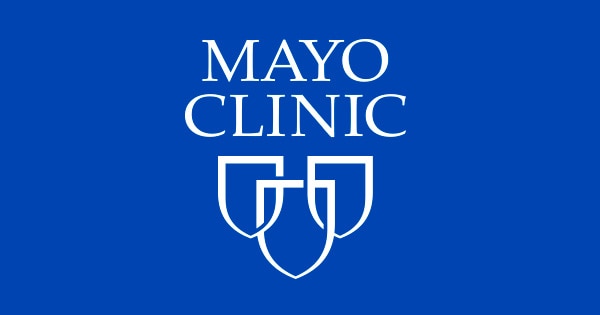 Find out whether an air purifier can eliminate cigarette smoke from your home.

An expert said, that air cleaners don’t work well with cigarette smoke, and the best way to avoid smoke smell is to stop smoking

Six months later, convinced that not only I don’t like it, but also harms the health of both, my wife still agreed to stop smoking. Of course, I’ve bought a Germ Guardian air purifier already, thanks to one of the reviews, but this step was really important for both of us.
Air purifiers don’t work well with cigarette smoke, but in your case, I’d try this unit.