What would you suggest to improve Aillio Bullet design!?

Hello everybody, Happy holiday for all of you and your families.

This topic to suggest some features, I will suggest items, I believe will improve the Bullet’s performance, the topic is open for any suggestions:

1- Exhaust Controllable Cap / Gate / Valve : thats to retain the hot air, It allows you to either keep the energy (pressure) inside the roaster or blow away the energy as you desire. It can be manual, no need for fancy electronic things . But has to make sure the interior can handle the pressure in case the the gate / valve was totally shut.

2- Sensor to read pressure inside the roaster : it is not a big deal, but it allows you to have a better understanding to the whole process.

3- Cyclone system in the shaft collector : the current design as I see is ok, but requires a routine cleaning du to the the mesh filter cup design, when the mesh cup is blocked by tiny shafts, it push back energy inside the roaster causing a resistance, may lead to a higher pressure and faster roasting time. Replacing the entire design with a cyclone system requires stronger fans to push the air through the curves.

4- Shuffling mixers to the cooling tray : most of us either using a manual shuffling or some soup stirring device, so why don’t just do it!?

These my ideas, hope can reach Aillio’s team, and as I mentioned earlier, the topic is open for any other helpfull suggestions.

These are some cool ideas. If I could upvote a few and add a few cents:

Thanks for sharing the ideas

Your idea is great, but the idea about having inlet sensor to read the pressure inside the roaster will help the first request, if you lock the air cycle, pressure will increase + heat and that something I prefer to control.

Thanks for your support and your idea.

A power switch would be nice. Maybe also a way to keep the drop door open other than pinning it under the tryer.

My biggest annoyance is the machining of the chaff basket. The lip/metal ring is different on every one and some make a great seal with the rubber gasket and others seem to always hit against the fan if not placed exactly right causing a reduction in fan RPMs, altering the roast profile. I just wish they were all flat but there are inconsistencies. There is nothing more frustrating for me to hear that TICK TICK TICK TICK after dropping in a 900 gram batch.

As a precaution, if anyone is interested, before selecting the between batch pre-heat function after dropping my previous batch, while the fan is still running/cooling, I quickly remove the chaff cover / basket, vacuum everything quickly, and put it back on. Once on, since the fan is still running, I can hear if the basket is ticking the fan, if not, that’s when I can turn the fan off by selecting the between batch pre-heat while my other beans continue to cool. If it’s your first roast of the day, I always charge before pre-heating to hear if the basket needs adjusting listening for whether it makes contact with the fan or not.

Definitively a less filmsy usb connector (the one behind the dial). In other words, something that would ensure the micro-usb end connects and hold better to the bullet.

A warmer, brighter LED lamp, please. I think the one that comes with the bullet is too cold.

I followed recommendation on this forum and got an Itty Bitty Booklight, now my yellow beans look yellow and brown is brown.

One of the benefits of a small electric roaster is that it is mobile, but that USB connection is awfully fragile.

Changes are needed in RoastTime, as well. It is integral to the what is good about the bullet, and I consider it part fo its design.

I have noticed that in 1080p monitors, that the roast curve is really thick and if you are going for a 1 degree difference, if can be difficult to see the ghost overlay curve underneath. They should have a setting that allows a way to change the thickness of the roast curve for more accuracy in roasting commparisons.

It would be great to be able to overlay more than one roast within Roastime. Trying to analyze several roasts over time is difficult, because you have to compare, and then deactivate the overlay, then find and open the next curve and turn on the overlay, and over and over, by the tenth roast, trying to make a coherent observation takes some effort. Whereas in most comparative software, you can quickly overlay data and see trends between several to several hundred comparisons. Not that we would need that much, but maybe 10 would be a nicer number than just 2.

They should lower the price of the roaster and up the price of accesories and replacement parts, and allow for lower upfront costs, while being able to upsell on things like winter time heaters. this will allow lower price entry. Unless they change the basic design. I do think they need to change some things to be a truly professional product, and at the same time it is too expensive for a home roaster. So I really don’t have a clue who this thing is designed for. But we’re all making it work. It is definitely a cool idea, just not sure who it is aimed at.

The chaff solution should improve. Like I said before, being able to sell the Bullet roaster (in its current form) cheaper, but upsell on improved chaff solution might be a way they can service the aspiration pro community, but also offer a better value to hobbyists and actual home roasters. $3500 is a lot for home roasting. And I hear they are considering a price increase in 2023. So, rather than keep raising the price, I think selling accesories might be better. Like a winter air preheating element. something to get the air stable and up to temp before it goes into the roaster. They would only need to sell that to professional roasters that need to have more control on the roasts. One of the most frustrating aspects of trying to dial in this roaster is that every 5 degrees alteration of environemental air temp can effect the flavors in the cup. How much? Well, 5 degrees is not much, but temps seasonally can vary a lot. And I wouldn’t want to cool or heat an entire room to precise temp, if I could control the air temp more precisely in a small localized unit at the roaster. This one is more of a wish list item, but doubt they’ll do it.

I think the other things I mentioned are higher priority:

My complaints are based on the roaster’s design favoring form over function. Thus we have an exhaust port the requires a 3D printed adapter* for attachment to standard ductwork. And we have a crowded, circular, control panel that requires additional button pushes (pressing function buttons to switch modes) than if the panel was rectangular and had space for dedicated—and likely fewer—controls. But then there would be an aesthetic clash between the round drum housing and the non-round panel.

I love my Bullet and would buy it again but it’s use is hobbled by its design. I imagine a hammer designed by Aillio would sport a handle that favored its proportions to the head over leverage with an uncomfortable grip that looked rather nice. The Bullet is a tool that’s not designed to be one.

More form over function:
I heard that they didn’t want to incorporate a bean drop chute or guides, because it detracted from the aesthetics.

I would rather not have to vacuum up beans that escaped to the floor, or some ugly home made guides. When people look at my Bullet and see the home made guides, I think that is a worse reflection on the Bullet than having well designed guides that match the Bullet.

Thus we have an exhaust port the requires a 3D printed adapter* for attachment to standard ductwork.

from what I’ve seen on this forum, it’s better to vent with a gap between the duct and the Bullet. That exhaust adapter seems like a good idea that didn’t work out. Because the exhaust is hot, like you say, and because the sealed duct changes the airflow.

I would like to hear the first and second cracks better. It is very difficult to hear the cracks over all the beans crashing in the drum and the fans blowing loudly.

I kludged one up with some thin steel plate that connects to 3” flexible metal ducting. Works great—smoke pours out the other end with little or none leaking out the exhaust port.

I designed and 3D printed a set of guides that fit around the lip of cooling unit. The stl files are on Thingiverse and Printables. 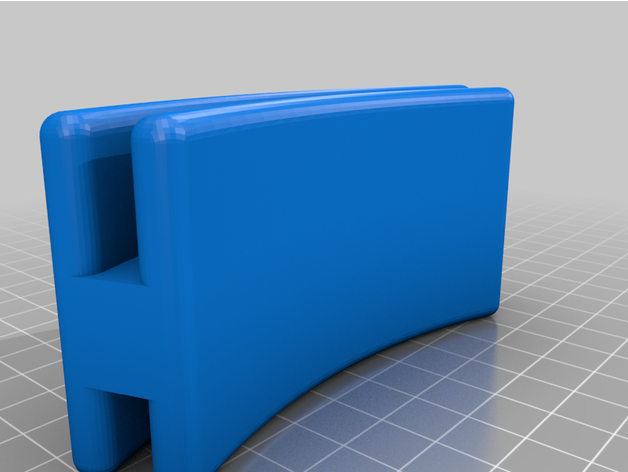 The Aillio Bullet is a great roaster with a small design flaw: Ejecting the beans after roasting results in beans spewing away from the cooling pan. Most end up in the pan but an annoying number of them end up everywhere else. I designed and printed...

Great suggestions and thank you to everyone for sharing them. Here’s an idea I had (and it’s possible that I’m missing something, so pardon me if I am)

I regularly do multiple roasts back to back, but I don’t want them always to be the same batch size (500g vs 1000g). It would be nice to be able to twiddle the preheat temperature between roasts in order to accommodate the batch size without having to go into OFF mode and come back up again.

I kind of did the same thing but without printing anything. I just took some aluminum flashing and notched it to sit on the lip. 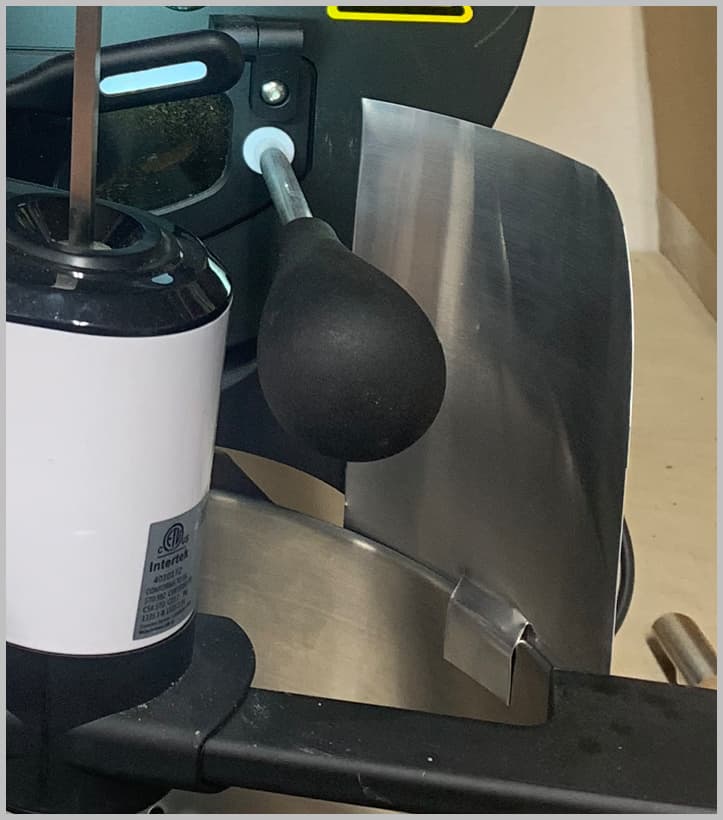 And an Happy New Year for all

I wished it was easier to clean. The bean chute is a pain with that “bar” across the top that the funnel rests on. The chaff collector with all the “fins” and crevices around where the screw hole for the pins in the collector are hard to give it a good clean. And then there is the face plate after unscrewing it, trying to find something to rest it on so I can give it a good clean is cumbersome. But it is what it is since this is what I have now