I am struggling currently by roasting 350gramm roasts … as i understood it correctly this is the minimum batch size on the bullet.

So do You have a 350 gramm profile which i can use as basis profile to start ?

If possible for dark espresso …

Do You have experience With batch sizes less than 350 gramm ? is that possible ?

I want to play around using minimum batch sizes … to get experience end to increase afterwards if everything is fine to higher batch sizes .

Thanks for your help.
Steffen

There is a starter recipe for 350 g in the manual. Have you tried that one?

For smaller batch sizes read this article by Rob Hoos: 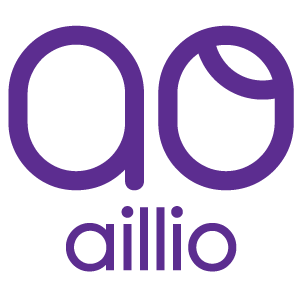 Thanks Nicolas, no not tried this one. Will check it out. But many people mentioned to play with Power and letting the fan constante. I will try Rob’s recipe the next time.-

Very cool, I had early on looked up a Rob Hoos user profile, but did not find the roast hustory available, but now that i am more familiar with this site, was able to see that Rob has many public roasts:

Might be worth diving into some of his work.

looks like Rob is experimenting with higher airflow. Some of his roasts are at F10, but without context, tough to say what it means. but his later roast looks somewhat normal other than starting high fan and going less and less as the roast goes on. sort of the opposite approach to conventional wisdom, but also seems to make a lot of sense, in that the convection would be more intense, but also might not be hot enough to burn the beans. that volume of air might really move the beans along, and then as the roast needs more heat, the airflow is at a more contained level, but not nothing either.

Interesting to see how the pros do it. Like the roast curve from Sweet Maries was wonky looking, but it won some award.

Hey!
Here is a super duper simple basic one that has done me good @ 350g

and just let it cruise until you are ready to drop.

I don’t touch the fan or drum settings.

With F4, what is your ambient/room temperature?

Currently it starts at about 15-16 degrees(celcius) and goes up as I rack up batches.

What’s your preheat then?

Seems it would have to be around 200C to get those times with a fan at F4? or there abouts?

Ye, It goes from 185c and up depending on bean

I’ll give it a try and respond back after cupping.

sounds interesting. I am curious about your feedback after your cupping.

I tried this last week Roast World - Cup, grade, and analyze your coffee roasts in depth
and it is bad taste → totally sour (and maybe baked) - I have no glue if the problem is that i have much changes of Power. For me it is very light roast

@jpndemir do you have a roast profile based on your super duper simple basic which you mentioned before ? a profile which you tried and i can use at overlay/replay where you can say you have had good taste.

Currently i am dissapointed because i fired 10kg of beans and i would say all espresso where bad (baked and sour) → not drinkable, like hell

#sometimes i am aksing myself what the problem is, maybe the machine itself or normally the person in front of it …

Therefore i am searching for a basic profile to use and playing with that. not more than 350g because i want to limit firing my beans into hell

I can say that j’s 350g recipe roasted really well on my 120v machine. good aromas, and targets all pretty much matched up. Looking forward to cupping soon.

and just let it cruise until you are ready to drop

I don’t think it is good for French and Italian style however. It does fade towards the end.

thanks I will try … it a changed to the kitchen because outside -3C degree. I will check it …

Hi @jpndemir
thanks for your remarks.
Today I tried it. I have not cupped the coffee.

Here is my share: Roast World - Cup, grade, and analyze your coffee roasts in depth

Normally I understood that FC should be at 9min… in my case with your roast profile as basis I had to wait until 10:48 … is that also the case when you are roasting with your super duper basic profile ?
At which time / temp. have you dropped the coffee out ?

thanks a lot
Steffen

I’ve posted 3 profiles below that you can take a peek at, the roasts were pretty ok but will need some tweaking ofc.

Thanks for trying it out! Let me clarify that the recipe I suggested Is just a variation of Morten Munchows “get to know your roaster”-thingy I found that I could roast pretty much hands off(when I had a computer) and get results I wanted by just tweaking the recipe here and there after cupping. I use the same strategy for all batch sizes and usually fiddle with fan settings if roasts get too “cloudy” or “smoky”. I let the beans ride, tweak for next roast and let the beans ride again. Curren…

is just my way of using what CoffeeMinds Morten Munchow was talking about in the “get to know your roaster” part of his talks. I am not saying that this is the correct way to use what he says, I just decided that this is the way I want to use it.

I try to fiddle with the roast as little as possible DURING. Instead I cup and tweak a recipe after.
This way I know what is being affected by what changes instead of chasing my tail doing on the spot corrections and not being able to repeat.

If you wish to speed up the time to FC then set a higher PH or P setting and step down at each stage as appropriate(IBTS 170 and IBTS 190).

Most of my recent roasts have been a form of the SDSB350.

As of now I have not been doing fan adjustments but am slowly working toward that.

Drum will stay at D9 until I get convinced otherwise.