My bullet is making a loud, almost grinding sound when I first turn it on and also when I’m done roasting and in shutdown mode. Last roast it also made these loud noises in the middle of my roast, almost like it was chugging along to keep going. I also had the A01 error turn on during the roast. I have a 120v bullet.

I also just deep cleaned my bullet today. I thought maybe I screwed the exhaust fan on too tight or something, but it spins freely when checked it out after the roast. I can’t seem to figure out what is causing the error message and loud noises. Anyone else experience this in the past, and how did you fix it?

it’s usually #3 or #4 for me. Fan grinding against the silicone or against exhaust filter that has come loose.

Thanks for the tips, it seems to be working now, it was 3 for me! For future reference though, I can’t figure out for the life of me what silicone groove you’re talking about, and to be completely honest I don’t think I actually know what the exhaust filter is? I’ve only had my bullet for a few months and this is the first issue I’ve had to explore. Sorry to sound incompetent!

This video has a top-down view of the fan where you can see clearances.

This is the exhaust filter and the black silicon gasket which holds it in place. There’s a groove in the silicone that the filter clicks into. When installed correctly, the metal does not extend past the silicone (and so the fan spins free). 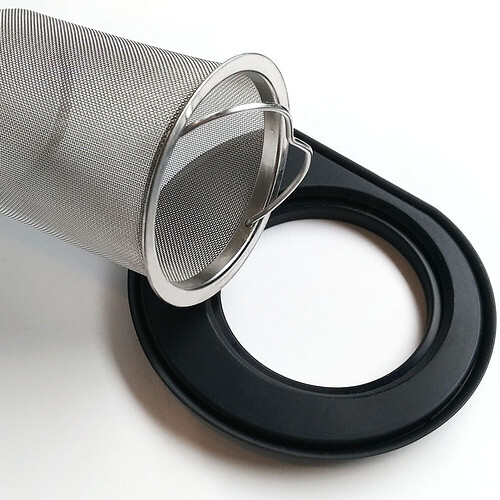 Ok thanks! I was thinking the reference was to some other silicone part located in the exhaust area, but good to know that’s the one.

I spoke too soon about fixing the problem. The roaster doesn’t make grinding sounds during the roast now, but when I switch to shut down mode the grinding gets much louder and chaff is now spewing from the exhaust?

NOTE: Original Text by @bab and illustration by @billc.

but when I switch to shut down mode the grinding gets much louder and chaff is now spewing from the exhaust?

If you have chaff in the exhaust it’s a safe bet the filter basket is not seated properly in the black gasket of the chaff collector. When that happens the filter (the filter is the screen cup) will sag in the gasket opening and the exhaust fan will work to further unseat it by creating a low pressure area between the filter and the fan. When it’s partially out of the gasket the filter can contact the squirrel cage of the fan and make noise or even stop the exhaust fan.

The black gasket which lives in the chaff collector is easily placed in the collector. The issue is getting the lip of the filter basket (the screen cup) to seat in the tiny groove inside the circular opening of the gasket. When it isn’t seated, the filter will tend to pull away toward the bottom especially when the gasket is warm from a roast and has extra weight from the chaff. The gasket is not only softer when you’re roasting, the gasket seems to have less friction.

With the gasket installed in the collector, to seat the filter basket in the rubber gasket I start by pushing the basket thru the large opening, then first work the edge of the filter into the bottom of the tiny groove (‘bottom’ refers to the collector body when it’s installed). With pressure downward to keep it seated at the bottom starting point of the groove I work it into the rest of the groove with downward pressure and the help of a finger nail (a flat blade screw driver might help too- just don’t cut the gasket). When it finally seats you should get audible or at least tactile confirmation as it drops home- a quiet little ‘thunk’ as the rest of the basket seats.

Yeah, way too many words. But if you can weed thru them they may help.

What bruce said, but with pictures because I am lazy. 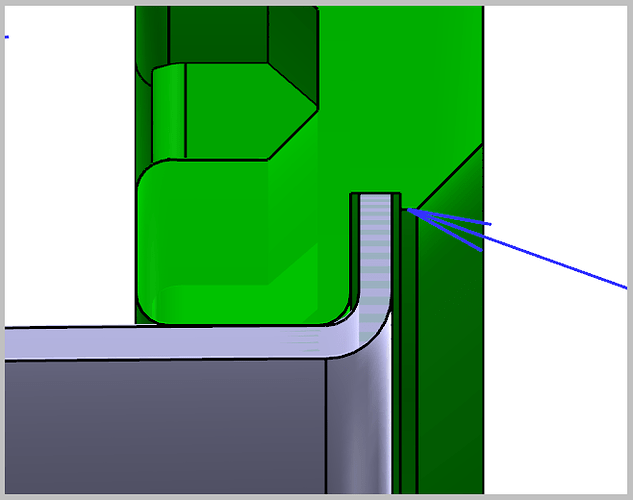 btw, @strausal24opu as shown in that photo posted by @damon, that gasket can be removed from the chaff collector for cleaning. If you look closely at the gasket and follow billc’s drawing you’ll see the lip that @bab is talking about - it is just before the lower ring where the edge of the filter basket would sit. TBH, I didn’t know this until I was trying to figure out why the basket kept slipping down and hitting the squirrel cage.

I wanted to help add some clarity to your excellent description and @blacklabs story of going through the same thing that I went through.

I think that people not seating the filter basket is one of the most common errors with the Bullet for Newbies. I know that I did not seat the basket correctly after I first got my Bullet. I never had any problems, but I read a lot and realized what I needed to do.

I think that people not seating the filter basket is one of the most common errors with the Bullet for Newbies.

Yeah. And I still get it wrong sometimes. Probably because I take that filter out after every second roast. I use a dry brush on it until I can see daylight through the pores again. I think that’s helped with consistency.

When that filter gets blocked up, the airflow changes and you start getting chaff in weird places.

Agreed. I suspect part of the issue has to do with accumulated dimensional tolerances- some gasket+filter combinations will be easier to seat than others. Today’s version is better than my original 3.5+ year old Bullet parts- I replaced gasket & filter after 3 years so I could have a spare.

Same here and I kept running into the issue of “what the heck is that noise and where is it coming from”. I’ve made it part of my pre-roosting procedure now to cycle thru PH/Charge/roast/cool quickly to make sure I am not getting weird noises esp since I also have to carry the bullet from one side of the kitchen where I store it to the stove top (on a wood plank) so it is under my vent hood.

Wow thanks for the drawings and helpful feedback! I need to sit down today and look into this. As a newbie I basically have just been placing the metal basket into the silicone gasket and calling it a day, so I’m positive that is the issue. I’ve been roasting about 7-10 batches a week for the past couple months, and only now have needed to start troubleshooting. It’s been helpful to start getting more familiar with the machine as I’m entering into the phase of needing to do basic maintenance. I will report back after I have a chance to look at the gasket closer!

… I’ve been roasting about 7-10 batches a week for the past couple months, and only now have needed to start troubleshooting…

7-10 batches per week is a good amount. That may mean you have gotten a little wear (or maybe stretching?) at the inner lip of the silicone gasket. That’s normal stuff. If that’s the case then it does mean you have to be more careful seating the filter basket into the groove so that the position is locked in place.

I have been able to get back into the swing of roasting and my filter basket was definitely not snug under the silicone gasket before. Now that I’ve fixed that things seem to be going much smoother! No loud sounds the past couple of batches. Thanks for the tip!

I seriously think this thread needs to be pinned or something.

@jacob or @derrxb can we have a Discourse category for FAQ that someone with the right permissions can tag a thread as an FAQ? And while you’re at it maybe one for “hacks”

I worked on improving this by adding “docs” section that we’ll update to include FAQs. I also added the option to make certain replies as the solution so users can find the cause of this issue faster.