For folks who regularly roast 1000g and use a 110v V2 roaster are you seeing your IGBT sensor hit the 100c range? I find since the last update that the sensor temperature regularly hits 100c. I have since put a small fan pointing to the belly from the left side (maybe it needs to be right)? Anyways just curious how others have been dealing with this. My normal setting is F9, F2, D8. Once it hits 99c I play with the power P8 to P9 to keep the temperature floating to not crash my roast.

I have not hit 100C … I think if you hit 97C it goes red and shutsdown (there was another thread about this that Jacob responded with the threashold values). With my profile I will hit the yellow warning which is I think around 93 or 94C but my profile steps down the power as I go along so at some point in my roast the warning goes away. That said, I have used a small fan to point at the belly of the roaster (mine is on the left side of the roaster) and I also have the cooling tray exhaust is directed in a different direction (with a vent hose) than under the belly of the roaster.

Mine shut off to P0 at 100c. Looking at the firmware logs it’s possible they increased it from 97c. I’ll take a look at the fan position to see if that helps. Adding the fan helped cool off the sensor by 2-3c but I find I still hit 100c.

I’m right here with you. Happens to me with some regularly.

I’m in the middle of some troubleshooting with Aillio and part of it was the shutdown with the IGBT.

Cliff note version: stick a little fan next/under the bullet. Works best if airflow goes from power cord side to opposite.

Thanks, gonna try moving the fan to the opposite to see if that helps. The issue does seem to stove after the 2nd or 3rd back to back big batch roast. I may need to space out my roast as well. Seems annoying to do that.

Update: Moved the fan to the opposite side of the power cable and moved the exhaust fan to another position. It dropped the temp by 20c. Now I barely hit 81c.

Would you be able to share a photo of what your setup looks like? 20c drop is significant and I want to see if I can get that. TIA!!

Here is my setup now. The bean cooler fan points away from the belly as well.

Thanks @duckduckco I’ll try this but not sure if that cooling fan wire is going to be long enough since I put a vent hose at the end to direct the exhaust closer to my range vent hood. Currently my setup is the opposite as yours with the fan on the other wise. I’ll try next weekend when I plan to roast and see if it keeps the IGBT temp as low as yours. Or I might try the placement right under as @krame has it, have to see how the spacing works on top of my stove.

BTW, did you craft that bean deflector yourself?

I think as long as as the fan blows over the PCB you’ll are good. I had it on the same side as the power cord. Someone mentioned that you should place it on the other side of the power cable or underneath too.

Bean deflector is from Cafe Natureve $95 ish CAD shipped for me at the time. Well worth it.

I just added a 120mm x 120mm x 25mm(thick) 12volt muffin fan to the PCB cover. It looks clean, but I haven’t tried it yet. The holes in the cover reduce the air flow from the fan quite a bit. If this proves out to be effective, I may go back and modify the PCB cover by making a cutout where the fan is. 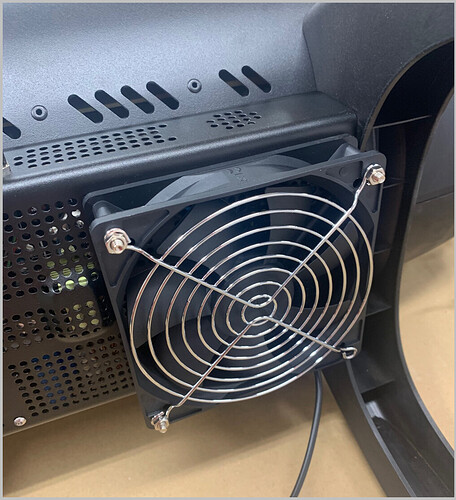 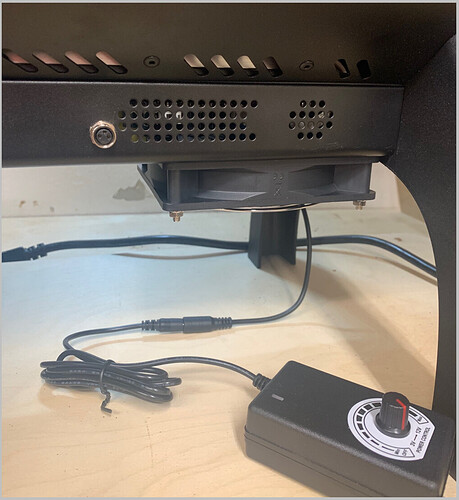 ~3.25 inches from the Table top to the bottom aof the fan 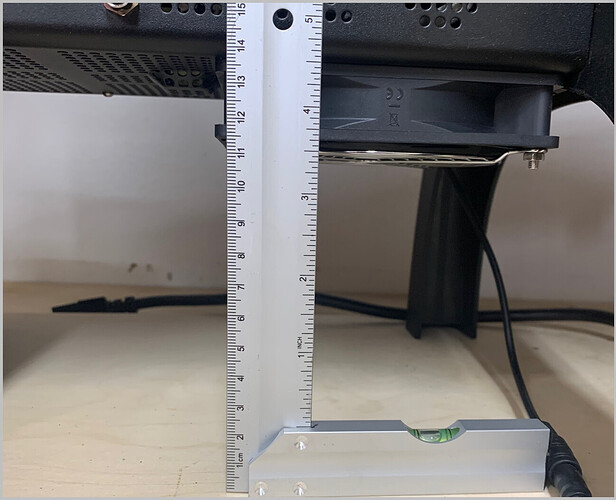 Here is a link to the fan that I bought from Amazon, the variable speed control is included (~$19.00 USD):

Let us know how this performs esp if you also roast 900g to 1kg batches. I would like to know for future considerations

Edit: Question… Is the direction drawing air out (i.e. towards the table)?

Air flow is towards the circuit board. Away from the table.

I did a 500g Honduras Decaf, dropped at 425F for my spousal unit this morning and the PCB temp never went above 61c. I didn’t use P9 for this profile. I don’t know what it is without the fan on, I never looked before.

I modified the PCB cover (cut a big hole) so that there is no interference with the airflow from the new fan.

I ran a 1000g roast of some Ethiopian beans that I like.

The highest the PCB temperature reached in 13 minutes during the actual roast was 68.8C.
I was having problems before with v591 F/W trying to run 800g roasts. The Bullet would drop the power to P0.

I am running the latest v602 firmware. I did experience a new problem for me. I was running an old roast as a playback and the bullet ignored the first parameter changes for Power and Fan after HT. Once I manually changed them to the settings that I wanted, then they would follow the playback. “No good deed…”

Coincidentally I’ve noticed the same thing lately. Maybe 2-3 roast last week skipped the initial setting. I was doing playback too which really shouldn’t be an issue.

I’m going to look into fan solutions, thanks for the ideas! It is certainly a big bummer that a machine this expensive needs a fix like this. I hope they add a PCB fan to future models.

If you get overheating on P7 then please contact support and have them look at the logs.
The 110V Bullet is running right on the limit of what is feasible on 110V. To keep it cool it should be placed in a well ventilated space. However, if you get a warning on your very first roast, and not using full power, then there might be a problem with your board.