The user manual talks about emptying the chaff every three roasts. Meanwhile, I have been watching videos about a more intensive cleaning involving opening the roaster front and back for vacuming and scrubbung away the grime. Then there is the exhaust impeller clean up too.

What is the reccommended cycle for the latter clean ups?

Bullet R1 Operation Manual WARNING: NEVER LEAVE THE ROASTER UNATTENDED DURING ROASTING!ALWAYS UNPLUG THE ROASTER AFTER IT HAS COOLED DOWN!ALWAYS DRINK FRESH COFFEE! Please read and follow the instructions below. If uncertain about any...

Page 21 and 22 of the online manual give recommendations for each roasting session, 10kg and 30kg cleanings.

As I read the instructions, since I have the V2 with no IR glass cover, I have no need to remove the front or rear plates, unless there is build up in the exhaust tube??? I don’t see any other mention of needing to remove the plates. It even says exhaust cleaning is not likely to be needed. So the only thing I have not done yet, that’s required, is remove and clean the impeller fan. I am still under 30 kg, but over 30 roasts, so I am leaning toward doing that. Otherwise I vacuum and clean everything else almost every session. So everything I can see seems pretty clean.

As I read the instructions, since I have the V2 with no IR glass cover, I have no need to remove the front or rear plates, unless…

The manual says no cleaning of the IBTS sensor but I’ve found that mine gets dirty. If you use the IR data to roast you will notice a drift of the Drum Temp curve downward toward Bean Temp over a several roasts. That’s an indication the lens on the IBTS is collecting contamination which is blocking IR emissions from the beans & drum (if it’s really bad, the Drum Temp curve will drop below Bean Temp). A cotton swab with alcohol will correct it once the front plate is off. The annoying thing is that not once after the 4 or 5 times I’ve cleaned it (about 65 kG roasted) have I seen any evidence of contamination on the swab. Yet the Drum Temp curve shifts back to normal after cleaning.

As a qualifier, I recently learned my IBTS fan wasn’t working properly right from day 1. I recently replaced that fan so I may see a drop in the contamination.

I think your qualifier of a broken fan is key here. As I understand it, no cleaning of the IBTS should be required.

That is what I thought also but when I inquired about a ERC 32 and power issue I was having they replied today:

Thank you for your reply. Based on the roasting logs of your Bullet on our system, the IBTS reading is getting really close to the Bean Probe, which suggests there could be some residues on the sensor. Sometimes when the exhausting efficiency gets affected (chaff filter getting dirty, for example), it is possible to have extra dust compiling on the sensor. The IBTS system is using the fan to create an air pressure barrier to keep the chaff/dust away from the sensor, instead of self-cleaning, so it still needs to be cleaned up once in a while when the reading has become a bit off. A dirty IBTS sensor will give a lower-than-actual temperature reading, resulting in overheating, which triggers ErC 32. Please follow the cleaning guide and send us some photos to check as well. Hope this clears it up.

You have to watch the data from Drum Temp vs. Bean Temp from roast to roast. If the Drum Temp curve starts getting closer to the Bean Temp curve after a number of roasts, even possibly dropping below Bean Temp near the end of the roast, that’s an indication the IBTS sensor needs cleaning. If that happens, IBTS data is suspect at that point and the sensor lens needs cleaning.

It’s really not a big deal to clean it… 10 min? 15 min? I clean up the faceplate interior at the same time which adds a few minutes.

what a question, its up to the user, I clean it every time, after 30 kg fully i.e. air tube, wheel & front door.

Its like cooking, keep it cleaned for best taste!

Opened up the front panel of the Bullet for the first time. Did it with a sense of dread hoping nothing goes wrong. The fear was unfounded, and, as I have realized, something that needs to be done periodically, like it or not. Used a handheld vac to suck up the accumulated grime and found it a no-so difficult or technical task.

The best part of the experience was that the reassembly was as smooth as the disassembly, credit to the Aillio team. Thanks for the toolkit btw.

Now to the impeller fan. Hopefully, will be as smooth as the front clean up.

I have one of those endoscopic cameras that connects to my cell phone. I use it to inspect the IBTS sensor and backside of the front plate on my Bullet V1. I can go through the dump door, hang a left and view/capture the IBTS image without having to pull the front plate.

So far, that fan they have blowing on the sensor has been keeping it clean from what I’m seeing. The backside of the face-plate does collect some roasting debris, and I’ve cleaned it once since getting my Bullet in March 2019.

I have no idea what a dirty IBTS lens looks like when viewed with the fiber optic adapter for your camera, but I can say that I’ve never seen anything on the cotton swab after cleaning. Yet there is a difference in IBTS output.

Maybe the contaminants are white… ?? Does your FO adapter display in color? Mine has its own monochrome video display so it’s useless detecting color.

This is the endoscope that I have and it is in color.
DEPSTECH Wireless Endoscope

Here’s one of the pics from the scope that I took awhile back. It is no where near great quality images, but does let me take a peek at the IBTS and other things (plumbing, auto, etc). To me, the live image looks better than the captured photo from this device.

Looks good. I have yet to actually see the sensor… naked eye just doesn’t work for me. Thanks for the link.

Edit: Your link took me to a 1.8 M-Pixel device which I ordered. When I checked out they showed an alternate 5.6 M-Pixel alternate, so I switched my order to get the higher resolution image.

I received the endoscope. Works great. Took a sample to show the resolution with the 5.6 MPix camera and managed to delete it… aaarrrgggh!! So you’ll have to trust me till I can get another sample: I think it was worth the extra $40 for 3x the pixels.

Getting the cable in position was much harder to do than I expected thanks to all the drum fittings that are in the way. Bet I spent 15 min for one photo! Hopefully that will get easier. Bottom line is the sensor looks shiny clean, but the inside of the front plate looks like a dust storm hit it- lots of loose stuff from perhaps 6 roasts.

I may hafta upgrade my Depstech…

My scope is an earlier model that doesn’t have the resolution upgrade which is why my pictures aren’t the greatest.

Yes, it requires some patience to use an endoscope to get to the Bullet’s IBTS sensor. But once you have one of those things, the desire to find ways to use it comes into play.

When I saw all the roast dust on the backside of the plate I realized that I need to pull the plate and clean that before it got to be a real chore. Amazingly (as you saw), the IBTS sensor was really clean. So, kudos to the Aillio Bros for their IBTS fan implementation that blows across the sensor.

Bruce, how did you determine that your IBTS fan wasn’t working?

I had thought that IBTS fan speed was controlled and that what I was seeing was ‘normal’. That’s not the case. IBTS fan speed should be relatively constant at over 10,000 rpm though the f/w-generated ErC allows a speed as low as 5,000 rpm (before the roast starts).

If you think you’re having a problem, contact the Help Desk for Aillio and include your s/n. They can look at the codes thrown by your Bullet (they’re saved on the Aillio server) and tell you if you have a problem with the IBTS fan. Then, if you bought from Sweet Maria’s, they’ll send you there to get a replacement fan.

Switching fans is relatively easy. I have a post here about that.

Got some images before and after cleaning the face plate. 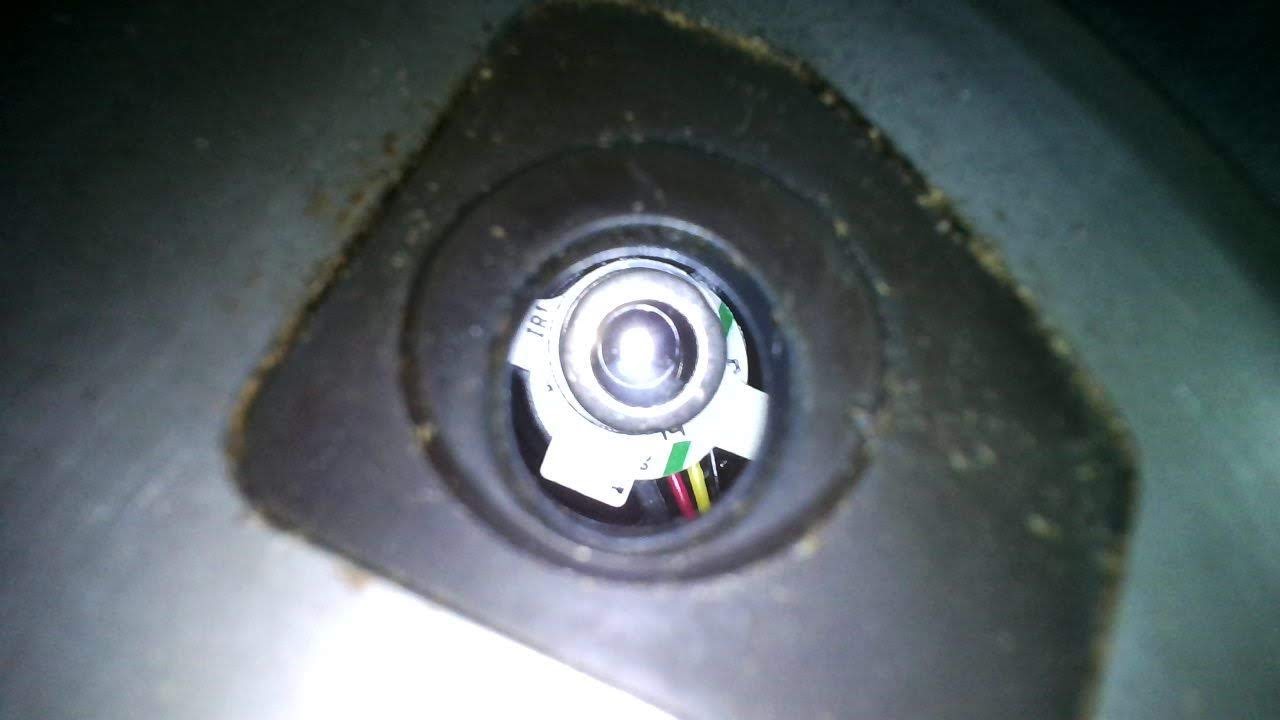 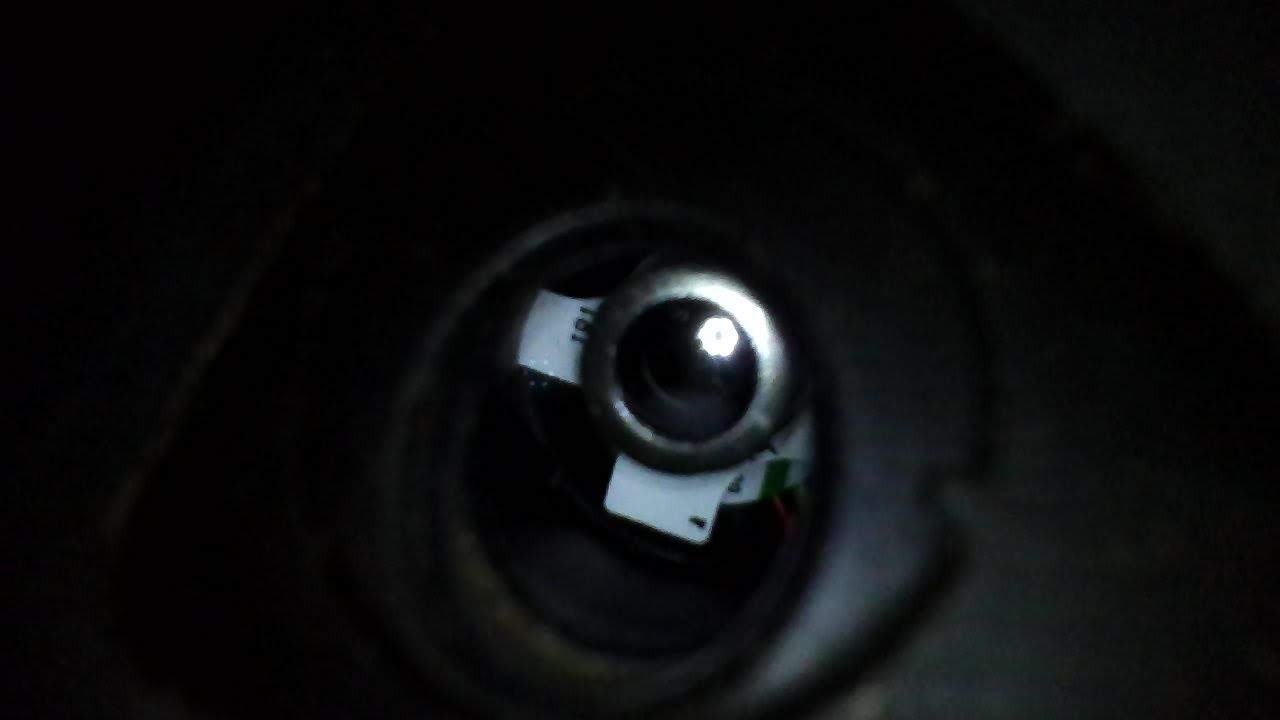 Very happy with the image quality. Positioning the cable is still a giant challenge thanks in large part to the miserable temperatures in my shop right now.

Zoom feature is handy though it’s a digital zoom and not an optical zoom. There’s enough resolution that images are still usable.

Very nice image quality on your endoscope. Thanks for sharing them and showing how clear they are compared to my lesser resolution model. Those images are really fantastic.

Does this make us “Coffee Doctors”?

I could not find it on their site (their link went to an older doc.) See if this link works…